Health is a Human Right. The affordability and accessibility of health insurance have to be ensured. Higher incomed population can access and afford medical care, however, for the below poverty population medical care is neither accessible nor affordable. The Central Government launched the national health insurance schemes to provide healthcare support to all Indian citizens from private sectors, to government staff and specifically for the below poverty line people such as cobblers, fisheries and such occupations.

The list of national health insurance schemes by the central government are as follows:

Ministry of Labour and Employment launched the RSBY to provide health insurance for the below poverty line (BPL) population. BPL families under RSBY will be benefited with hospitalization coverage of Rs.30,000/- for most diseases that require hospital admission. The benefits of RSBY are: no age limit and no pre-existing conditions which are covered from day one. This scheme covers five members of a family, which include the head of the family, spouse and three dependents. There is a registration fee of Rs.30/- and the payment to the insurers will be paid by the central and state government.

Comparing RSBY with other schemes, RSBY is unique and provides some unique features mentioned below:

Employment State Insurance Scheme (ESIS) provides socio-economic protection to the working population and their dependents. It is regarded as a multidimensional social security system. This scheme covers various cash benefits like physical distress, temporary or permanent disablement. Monthly pension called dependents benefit is also available for beneficiaries who die due to injuries or accidental deaths during their employment term time. The available coverage limit is Rs.15,000/- per month.

Aam aadmi bima yojana launched on 2nd October 2017 is a social security scheme for people living in rural households. This scheme either covers the head or the earning member of the family within the age group of 18 to 59 years. The central and state government shares a premium of Rs.200/- annually. A premium of Rs.30,000/- is paid for natural deaths, Rs.75,000/- for death due to accidents and Rs.35,000 for partial permanent disability due to accidents.

Universal health insurance scheme is implemented by four public general health insurance companies like LIC, etc,. UHIS aims to focus on improving healthcare access for low-income families. This scheme has been revamped to meet the needs of below poverty line (BPL) families. It includes individuals, families and groups. The scheme price ranges from Rs.100/- to Rs.200/- for an individual, Rs.300/- for a family of five and Rs.400/- for a family of seven. Regardless of the premium, there are no reductions in benefits.

The UHIS covers a reimbursement of Rs.30,000 for medical expenses during hospitalization floated among the entire family and Rs.25,000/- death cover due to an accident of the earning family head. A compensation of Rs.50/- per day is paid to a person with job loss for maximum up to 15 days.

Health Insurance In India - An Overview
Health insurance has emerged one of the fastest growing segments in the non-life insurance industry with 30% growth in 2010-11 with annual premium collections being over Rs 6,000 crores.
READ MORE 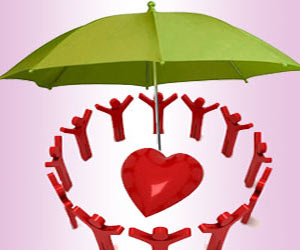 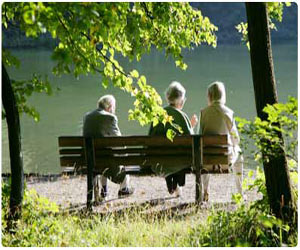 Healthcare Insurance-Common Terms and Definitions
The key to understanding health Insurance is to become an informed consumer by knowing its definitions, terms and conditions before you plan to buy it.
READ MORE
Sign up for Wellness Consult a Doctor Sign up for Selfcare Sign up for Covid