What is Truncus Arteriosus?

The incidence of truncus arteriosus is about 1 in 10,000 births.

The heart is a four-chambered organ consisting of two atria and two ventricles that work constantly to keep the blood circulation going. The blood circulation is described briefly below in the following steps though it is in fact a continuous process.

Thus, there are two arteries in the heart, the pulmonary artery that conveys venous blood to the lungs and the aorta that distributes oxygenated blood to the entire body.

In truncus arteriosus, the only single large vessel that is present divides itself into the pulmonary and the aortic arteries.

In addition, this defect is associated with a hole in the wall between the right and the left ventricles (the 2 lower chambers), referred to as ventricular septal defect (VSD). As a result, impure blood from the right side mixes with oxygenated blood on the left side of the heart, which is then carried to the lungs and also the rest of the body via the truncus.

What are the Types of Truncus Arteriosus?

Depending on the branching pattern of the pulmonary artery, truncus arteriosus is classified into the following types described by Collett /Edwards 1949.

What are the Causes of Truncus Arteriosus?

The exact etiology is not known. However there have been several risk factors associated with the development of this condition, which occurs in the womb during fetal development. The risk factors include the following: 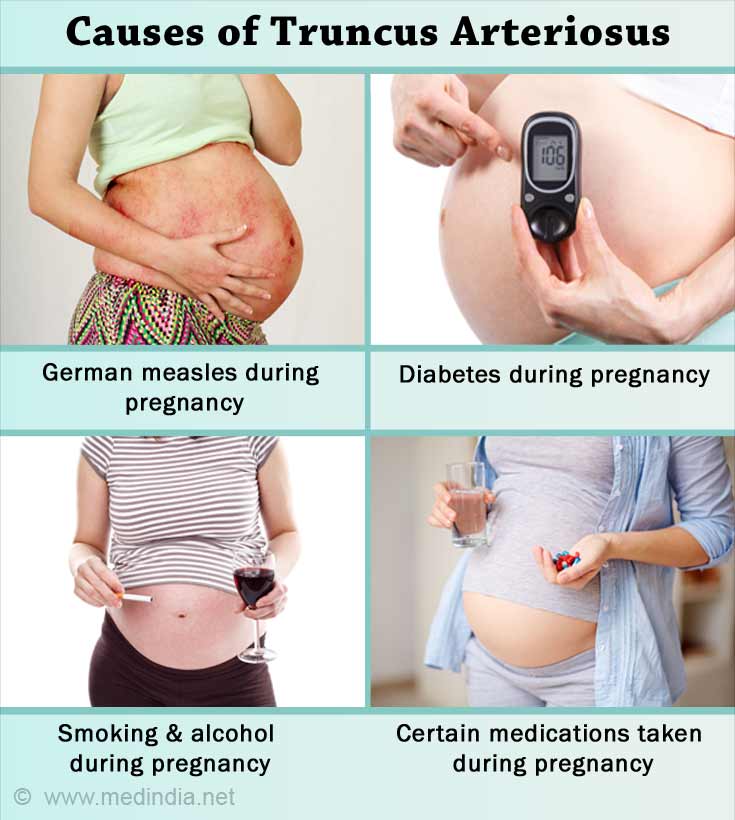 What are the Symptoms of Truncus Arteriosus?

In truncus arteriosus there is too much blood going into the lungs than would in a normal newborn. In addition, when there is associated VSD as is often the case, there is mixing of pure and impure blood. Signs and symptoms are evident within a few days after birth and include the following: 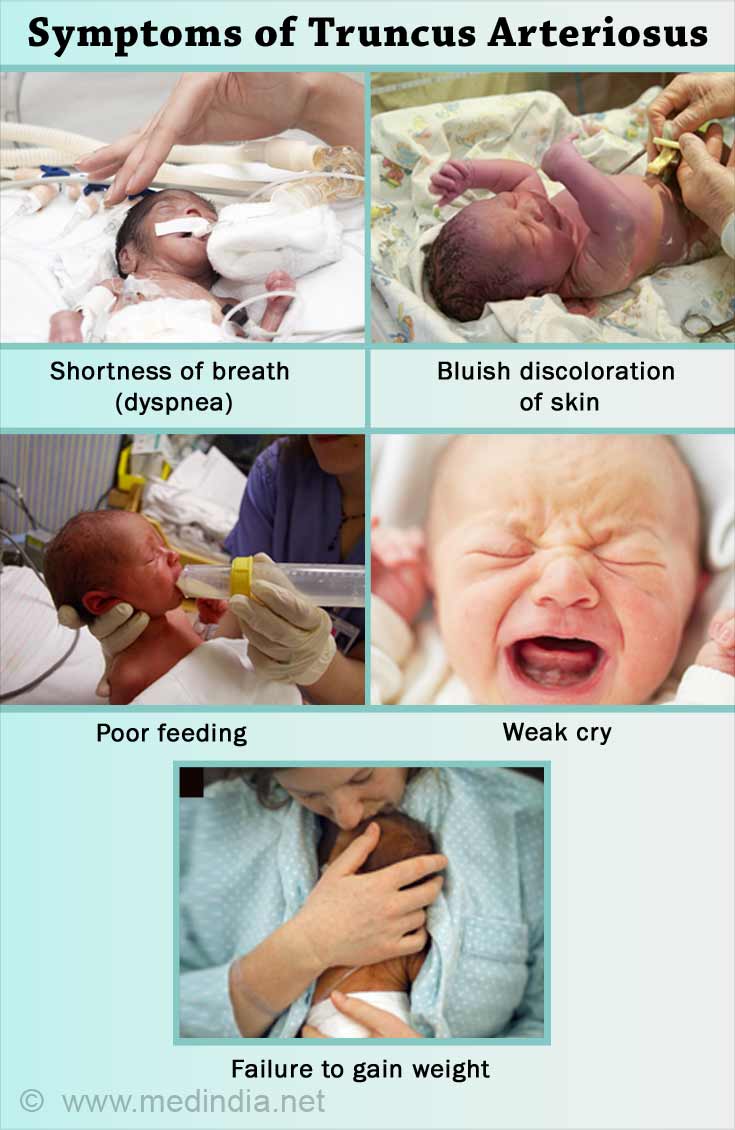 How do you Diagnose Truncus Arteriosus?

He may order some blood tests and imaging to determine the cause.

How do you Treat Truncus Arteriosus?

Surgery is the definitive treatment, usually performed in the neonatal period (1-2 weeks after birth).

Before the surgery is performed, the child may receive medications such as diuretics and digoxin to improve heart and lung function. Digoxin improves the strength of heart muscle contractions, and enables it to pump more efficiently. Diuretics help remove extra fluid from the lungs and body, which often occurs in cases of heart failure.

What are the Complications of Truncus Arteriosus?

Complications associated with truncus arteriosus include the following: 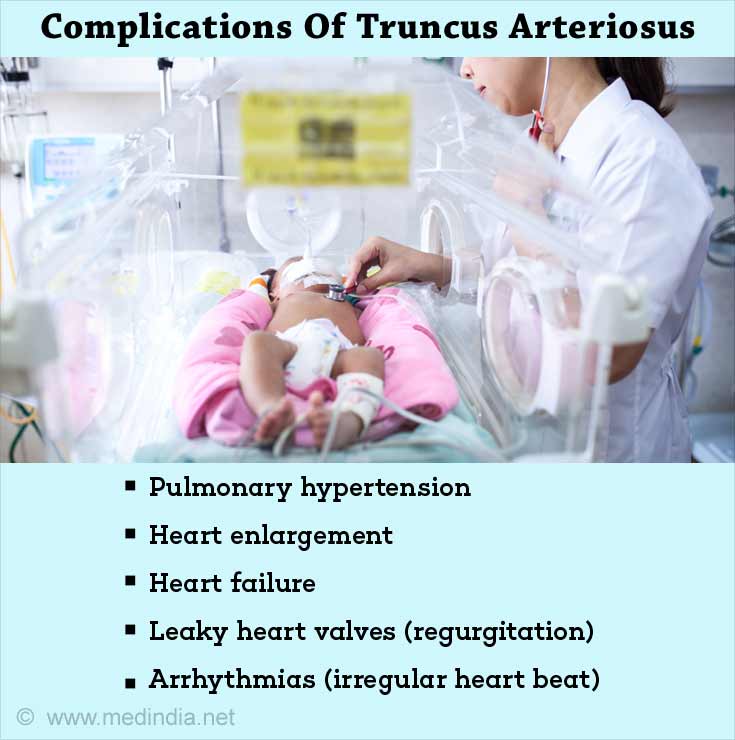 How do you Prevent Truncus Arteriosus? 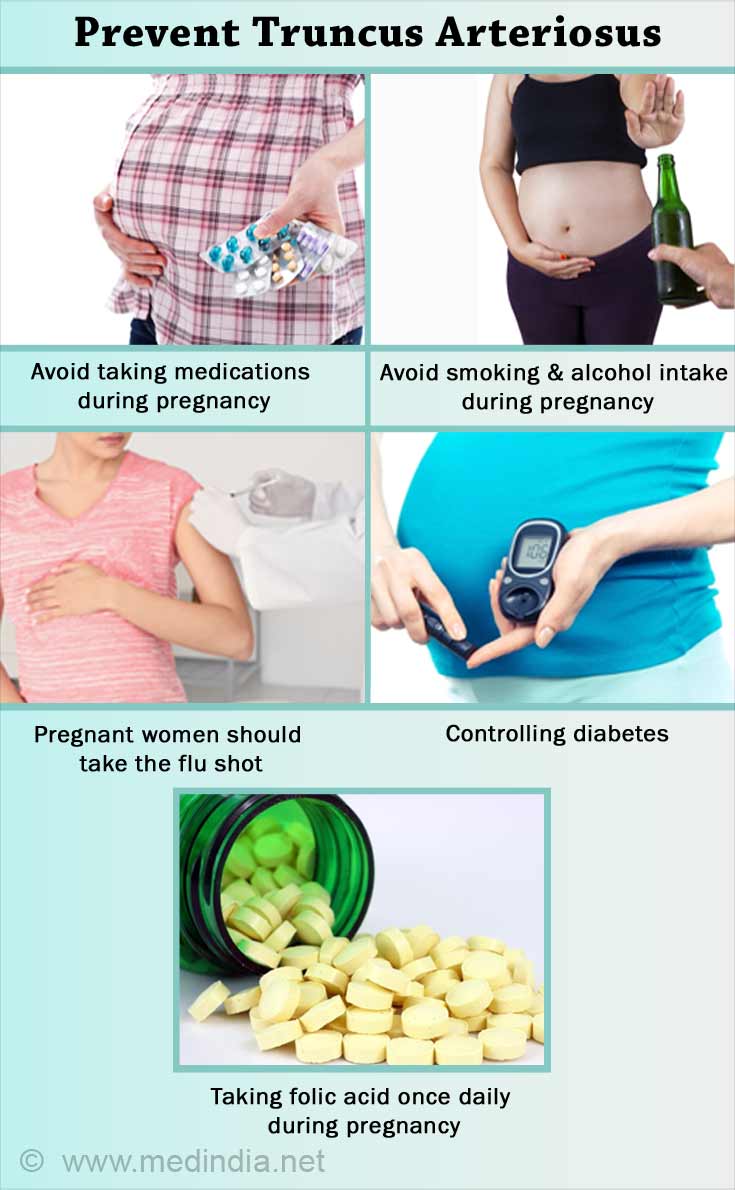 Multiple Congenital Heart Defects Linked to a Single Gene Mutation
A single mutation in the GATA4 gene has found to lead to two different heart diseases that affect heart development and function.

Maternal Diseases Associated With Congenital Heart Disease in Newborns
Congenital heart disease is the most common pre-existing health condition in newborns, ranging from 5 to 15 of every 1000 live births.