Somatic symptom disorder is said to occur when a person's focus, feelings and behavior related to physical symptoms is excessive and affects normal functioning

What is Somatic Symptom / Somatoform Disorder?

Often, the person is convinced there is a physical cause for his symptoms although none may be evident even after thorough physical examination and investigations. Aptly these symptoms are also termed medically unexplained symptoms. Thus somatoform/somatic symptom disorders represent an extreme degree of somatization.

Studies suggest a prevalence rate of 0.1-0.2 percent in the general population and one general practice study reported a prevalence rate of 16.1, increasing to 21.9 percent when somatoform disorders causing mild impairment were also included. Symptoms usually begin before 30 years of age and are more common in women.

It would appear to others that these symptoms are imaginary although the patients themselves may be severely distressed by their symptoms, occasionally serious enough to even interfere with their daily activities. It is often frustrating both for the patient as well as his doctor as no cause can be found for these troubling symptoms.

What are the Types of Somatic Symptom Disorder and Related Disorders?

In the newest version DSM-5 (2013), somatic symptom disorders are grouped under the term Somatic Symptom and Related Disorders which comprises of:

Somatic Symptom Disorder - Somatic symptom disorder is characterized by a person having an exaggerated focus and thoughts about physical symptoms, such as pain, weakness or shortness of breath, that results in severe mental distress and disruption of normal functioning.

What are the Causes of Somatic Symptom / Somatoform Disorders?

The exact cause of the somatoform disorders remains unknown. However several reasons or factors appear to play a role such as:

What are the Risk Factors for Somatic Symptom / Somatoform Disorders?

Some of the factors that increase the risk of developing a somatoform disorder include:

What are the Signs and Symptoms of Somatic Symptom Disorder?

The signs and symptoms of somatic symptom disorder may include some of the following:

It is essential to seek medical advice when the persons thoughts and behavior with regards to these symptoms begin to impact their daily activities, and starts to affect their relationships.

What are the Complications of Somatic Symptom Disorder?

The complications of somatoform/somatic symptom disorder include the following:

How do you Diagnose Somatic Symptom Disorder?

Often the family doctor or general practitioner (GP), or other specialists are unable to find anything wrong even after thorough examination and exhaustive tests. The person becomes increasingly distressed and worried that no cause for his/her symptoms had been found. At this stage, the patient may be referred to a mental health professional for further evaluation and management.

It may be worthwhile considering a diagnosis of somatic symptom disorder under the following circumstances.

The Diagnostic and Statistical Manual of Mental Disorders (DSM-5), published by the American Psychiatric Association, has underscored the following points in the diagnosis of somatic symptom disorder:

How do you Treat Somatic Symptom and Related Disorders?

Treatment is quite challenging and difficult because patients with somatic symptom and related disorders typically are unwilling to admit that their symptoms are due to mental (psychological) factors. They get angry with their doctors who are unable to find the cause for their complaints.

The first time the diagnosis is discussed (after the initial investigations have failed to show any definitive cause) is a key moment in the doctor-patient relationship. It is important to describe the condition to the patient in a manner without reference to a psychosomatic illness.

The goal of therapy is to alleviate the symptoms and improve the quality of life and to resume the daily routine. The forms of treatment offered include psychotherapy and medications if appropriate.

If the patient understands that his/her physical symptoms might be related to psychological distress and a high level of anxiety, then psychotherapy, also called talk treatment can help to improve physical symptoms.

Thus, it improves daily functioning at home, workplace, interpersonal relationships and in social situations. The family may also be counselled so that the patient gets better support.

Medications do not play a significant role unless there is associated underlying anxiety or depression which may be treated with anxiolytics or antidepressants, respectively. Some specific conditions such as pain disorder and body dysmorphic disorder are treated with antidepressant drugs called selective serotonin reuptake inhibitors

It may take several weeks for the medications to show any visible effect and the doctor or patient should not set unrealistic goals such as a cure.

A supportive relationship with an understanding health professional is the most important aspect of treatment. Regular followups are essential to review symptoms and the person's coping mechanisms. 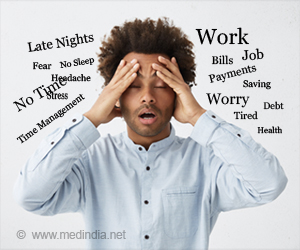