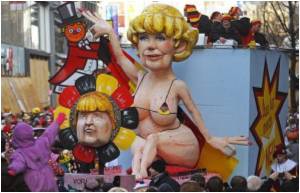 Through her online blog, a young Singaporean woman is seeking sponsorship for a breast enlargement operation.

The 22-year-old wants to enlarge her breasts from size 29A to 32C for the online show titled Bored in Bikinis, which requires its hosts to wear bikinis for various activities, including playing games and reading the news.

Thanks to a surgeon who has developed a revolutionary boob job, silicone implants may soon be a thing of the past.
Advertisement

"I had taken natural medicine in the hope of enlarging my breasts, but there were side-effects, so I stopped it," The Star Online quoted her as saying.


The girl also planned to undergo cosmetic surgery on her nose and eyes.

"I know there is a risk there, but I believe that I will not be so unlucky," she added.

Two clinics are reported to have shown an interest and are discussing the matter with her.

Women who travel to South Africa for the World Cup have been offered boob augmentation surgery as part of the World Cup package.
Advertisement

New IPhone App To Show You Your Post-Boob Job Makeover

Want to know what you'd look like after a boob job, facelift or other plastic surgery? Well, a new iPhone application called iSurgeon has been created just for that.
Advertisement
This site uses cookies to deliver our services.By using our site, you acknowledge that you have read and understand our Cookie Policy, Privacy Policy, and our Terms of Use  Ok, Got it. Close
×