Writing a Novel is Like Going to a Dark Place: Haruki Murakami 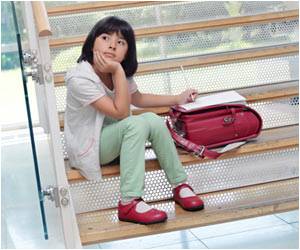 Writing a novel is like descending to a very dark second basement of your psyche, where you are not even sure where the corridors are, says bestselling author Haruki Murakami.

In a rare public appearance by the publicity-shy but wildly popular writer, Murakami spoke at a seminar entitled "Observe soul, write soul" in the ancient city of Kyoto.

"For novelists or musicians, if they really want to create something, they need to go downstairs and find a passage to get into the second basement," Murakami said, comparing the human mind with a building.


"What I want to do is to go down there, but still stay sane."

About 500 Murakami fans won a ticket for the seminar at Kyoto University, the author's first public appearance in Japan for 18 years.
Advertisement
Press coverage was strictly regulated, with reporters barred from using audio or video equipment to record his speech and no photographs allowed of the author on stage.

Murakami, who wore casual salmon pink trousers and blue training shoes with a light green jacket, said he is fiercely private and hates the idea of being recognised easily on the street.

"Please think of me like an endangered species and just observe me quietly from far away," he said. "If you try to talk to me or touch me casually, I may get intimidated and bite you. So please be careful."

Murakami's last public appearances in his native Japan were at book-readings in the wake of the 1995 earthquake that levelled much of the western city of Kobe, Japanese media said.

The Monday seminar was held to mark the establishment of a literary prize in memory of late clinical psychologist Hayao Kawai, an old friend of Murakami.

The event also came less than a month after the publication of his latest novel: "Shikisai wo Motanai Tazaki Tsukuru to Kare no Junrei no Toshi (Colourless Tsukuru Tazaki and His Years of Pilgrimage)".

It is set to become one of the fastest selling Japanese novels in recent years, with the publisher having ordered a print run of a million copies to meet anticipated demand in the first week of sales.

No definitive sales figures have yet been released.

It is Murakami's first work in three years and comes after the final instalment of the acclaimed "1Q84" -- a three-part novel containing the usual Murakami mixture of parallel universes, bizarre characters and surrealist happenings as the lives of a female murderer and a male novelist intertwine.

Murakami's novels, which have drawn international praise and been translated into around 40 languages, include "Norwegian Wood", "Kafka on the Shore" and "The Wind-Up Bird Chronicle".

The author, who divides his time between the US and Japan, has a huge following. Fans praise his lyrical and surreal prose, which often takes as its subject Japanese people living on the margins of a homogenous society.

US Writer Stirs Debate on Whether Women can Have It All
It has emerged that a mother-of-two is touching a raw nerve by questioning whether high-flying ......

Its More Than an Artistic Collaboration Between Hollywood Screenwriters and Scientists
Writers and producers for the most popular crime and science-related television shows and movies ......

Superman Fans Outraged Over DC Comics Hiring Anti-gay Writer
Following the decision of the publisher to appoint a noted anti-gay writer to pen the Man of ......