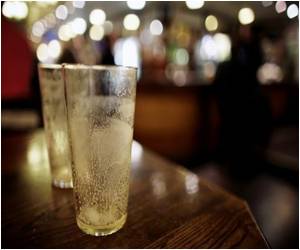 Sources say a couple from UK has come up with the world's first deep-fried alcohol treat which can get people drunk.

The duo, John Clarkson and his wife Corinne from Preston, Lancashire, launched the colourful treats worth 3 pounds at a local event in which the treats got sold out quickly, Metro.co.uk reported.

The weirdest treat, inspired from the traditional British sherry trifle, was made by soaking sponge in alcohol such as Bailey's and the strawberries and cream and cola varieties of Sidekick and also had sour apple schnapps in it.

Alcohol consumption for recreation and relaxation has become a universal culture. But do you think you know enough about this drink - Take this quiz and find out.
Advertisement
<< Blood Sugar Levels Impact the Brain's Response to the Sight...
First Ever Man-made Leaf to Provide Oxygen During Space Tra... >>

Take this anonymous self-test to evaluate your alcohol consumption and determine if your drinking pattern poses a risk for hazardous health conditions.