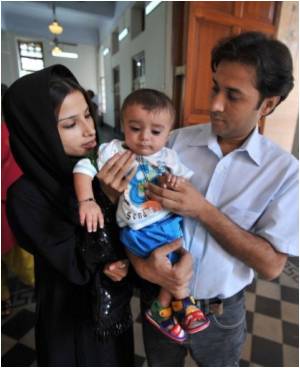 Tourism Minister Datuk Seri Dr Ng Yen Yen has said that Malaysia is the best place for Muslims around the world to come for a holiday.

Yen said that they were proud to say that Malaysia is a world leader in catering to the needs of Muslim tourists.

She said that they were successful in this niche travel market, thanking the country's facilities and the diverse holiday packages tailored to Muslim needs.


During a press conference, she added that the packages offered Ramadan bazaars, Quran recitals and circumcision packages carried out together with home stay programmes.
Advertisement
According to the Star, the media event was to announce the World Islamic Tourism Mart Malaysia International Tourism Exchange (WITM-MITE 2013) that will be held at the Putra World Trade Centre in Kuala Lumpur from June 6 to June 9.

The survey put Malaysia ahead of Egypt, Turkey, the United Arab Emirates, Saudi Arabia and Singapore.

The study ranked countries on how well they cater to the growing number of Muslim holidaymakers seeking halal food and services.

It used criteria that included the level of safety in a country, the ease of access to halal food and prayer facilities, and whether hotels cater to the needs of Muslim guests.

According to the report, the survey, released last month, reported that Malaysia is one of the few countries where a traveller can find a prayer place in almost every location be it a shopping mall or the airport.

Dr Ng said about 21.7 percent of tourist arrivals in Malaysia, or 5.44 million, had originated from Muslim countries, it added.