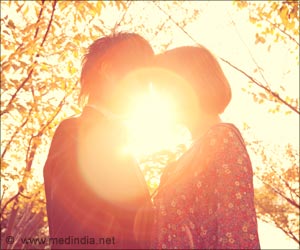 Ahead of the football World Cup, Brazil is battling child prostitution.

As night falls, Adriana de Morais patrols the clubs and bars of Natal, one of Brazil's World Cup host cities, looking for underage prostitutes and trying to get them off the streets.

As she and her team weave between revellers in this tropical city known for its nightlife, their black polo shirts, emblazoned with the emblem of the local child protection unit, stand out amid the tight mini-skirts and colorful clothing of the crowds.


An estimated 600,000 foreigners are about to descend on Brazil for the World Cup, which opens June 12, and the authorities worry the influx will bring an increase in sex tourism and child prostitution.

Female sexual dysfunction is defined as persistent and recurrent problems with sexual response or desire. It affects 30-50% women.

"It's a singular event that brings many people from outside, and we really worry about sexual tourism," Morais told AFP.

Prostitution is legal in Brazil for over-18s.

No official statistics on underage prostitutes exist in Brazil. The only figure available comes from the government's anonymous child-abuse hotline, which received 124,000 calls in 2013 -- 26 percent of them for sexual violence against children.

Most of the calls came from the northeast, a poor region where turquoise waters and idyllic beaches are a major tourist draw.

A year ago, Taina was one of the girls walking the street here. Her story echoes that of thousands of Brazilian children.

Abused at home, she ran away at the age of 10. To survive, she sold sex in exchange for meals or money.

"We would go to Ponta Negra (a tourist neighborhood in Natal). My friends and I, we'd wait for cars to stop and call us and we'd go with them. A lot of times it was foreigners. There weren't many Brazilians," she says.

Today, at 18 years old, she is trying to build a new life. She is studying hotel management thanks to a program called "Vira Vida" (Change Your Life) that helps child sex workers.

Leftist President Dilma Rousseff's government has launched a campaign over the past few years against domestic violence, the sexual exploitation of minors and human trafficking -- recently the main theme of a popular TV soap opera, "Salve Jorge."

The country has a code of conduct for taxi drivers and hotel receptionists, a bid to crack down on child prostitution in the places where it is most visible. Officials are also plastering public spaces with awareness-raising messages.

"Every tourist who arrives in Brazil will know that the exploitation of children and juveniles is a crime. He'll see it in airplanes, airports, bus and train stations and hotels," said the head of child protection at the tourism ministry, Adelino Neto.

"A major event increases the risk factors for minors. We have an increase in tourists and alcohol consumption at a time when children are on vacation from school," said Tatiana Akabane from the organization Childhood, which is working to help Brazil learn from the experiences of the previous two World Cup hosts, South Africa and Germany.

The government is keen to discourage sex tourism.

It has sought to control the national image and combat sexual overtones in foreign products and advertisements.

In February, it managed to force Germany's Adidas to recall a line of T-shirts with a football and a woman in a bikini that said "Looking to score -- Brazil," and another that said "I love Brazil" with a heart drawn to look like a thong-clad woman's inverted behind.

"Brazil is happy to welcome tourists who arrive for the World Cup but also ready to combat sexual tourism," President Rousseff wrote on Twitter.

But sex workers say they have a right to profit from the tournament.

"If there are going to be tourists and everyone's going to make money -- hotels, airlines, businesses -- why shouldn't prostitutes earn money from it too?" asks Roberto Chateaubriand of Davida, an organization that fights for sex workers' rights.

Aphrodisiacs or foods to boost sexual vigor can take your love life to a whole new level both psychologically and physically.
<< After Immigrant Clean-Up, Dust Settles on Brazzaville
Hindu Hardliners See Modi as Ideal PM >>