Haiti has already caught a serious case of football fever with just days to go before the World Cup kicks off in Brazil.

No matter that the impoverished Caribbean nation has only once participated in the competition -- and 40 years ago at that.


Flags from competing countries are a common sight in the capital Port-au-Prince, flapping from the tops of cars as vendors peddle them in all shapes and sizes on street corners.


At first glance, Brazil seems the big favorite here but young and old alike are also backing Argentina, Germany and Italy during the June 12 to July 13 sports bonanza.

Some see the football frenzy as a way of forgetting the poverty, day-to-day struggles and political strife in this country still reeling from a devastating 2010 earthquake that killed 250,000 people.

More than four years on, many still live in squalid makeshift camps and bitter disagreements between politicians have threatened the already painfully slow reconstruction.

Thousands took to Port-au-Prince's streets this week to demand the resignation of President Michel Martelly and new elections.

Last month, Martelly's three years in power were marked by clashes between protesters and police.

"Football, it's like carnival for Haitians. It does the population some good," said Frantz Exil, hosts of a sports show on local radio and TV.

"Football will serve as a political truce, it will bring about a state of tranquility in the country."

Others, such as university professor Denis Regis, wistfully recall the euphoria that erupted when Haiti scored against Italy at the 1974 World in Germany, beating star goalkeeper Dino Zoff.

"For decades, Haitians have searched for reasons to be proud. People are now looking abroad for what they can't find at home," he said. "They identify with the winners."

And that's a little tough to do at home these days since Haiti holds only 73rd place in FIFA's world rankings.

All across the sprawling city, walls have been daubed in the colors of qualified teams, while the faces of football greats such as Neymar, Messi and Ronaldo adorn the "tap tap" shared taxis.

Meanwhile, flag sellers -- some even wrapped in their wares -- say business isn't bad and a welcome way to stay afloat.

"We're not making a lot of money but we're saving our day by selling a few flags, mostly from Brazil," said one.

In Port-au-Prince's slums, as in more upscale parts of town, mostly young fans have already staked out spots to watch the month-long list of matches.

And, in a country that boasts several hundred radio and television stations, including 30 in the capital alone, they shouldn't have a problem tuning in.

Most have announced that they will fully cover the Cup by retransmitting -- while for the most part not paying distribution fees -- games shown on foreign channels or via satellite.

That's if the country's electricity crisis doesn't manifest itself at the most inopportune of times.

Fans are keeping their fingers crossed.

Dengue Outbreak Hits Campinas Ahead of World Cup
Brazilian city of Campinas, where Portugal and Nigeria will be training, is struggling to deal with a growing dengue fever epidemic.
READ MORE 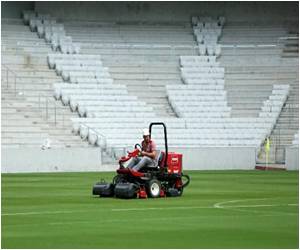 Drug Test for Every World Cup Player
For the first time, FIFA is ensuring that every player who takes part in the World Cup has a drug test and carries a 'Biological passport'.
READ MORE 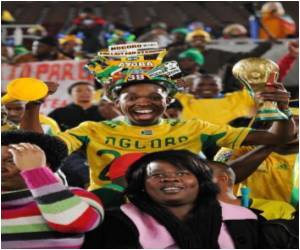 Brazil's Gear Up World Cup Security
A 170,000-strong security force is to be deployed by Brazil for the World Cup to deter hooligans
READ MORE 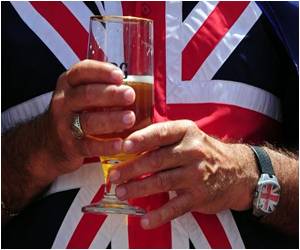