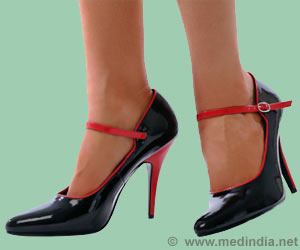 Women who wear high heels can get an easy help from men and can also elicit more attention from them, revealed a new study.

Lead researcher Nicolas Gueguen from Université de Bretagne-Sud in France found that as the height of the women's shoe heels increased, men willingness to help them also increased. Though, it did not have any effect on women's response. 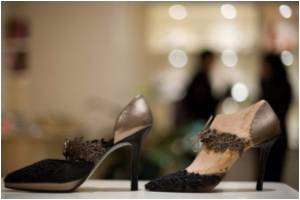 Change Heels on Your Whim!
Depending on the wearer's whim, five different heels for shoes that can be easily changed have been created by a UK based company.
READ MORE

Study Finds Common Blood Pressure Medication Does Not Increase Risk Of Breast Cancer
Researchers at the Intermountain Medical Center in Murray, Utah say that women who take a common medication to control their blood pressure are not at risk of developing breast cancer.
READ MORE

Poll: Women Never Wear 75 Pc of Their Shoes
A new poll has concluded women don't wear three out of the four pairs of shoes that they have.
READ MORE

Heel Pain Symptom Evaluation
Heel pain is experienced by most of us and can be disabling at times even though it is not a life threatening condition.
READ MORE