Whooping Cough Warning in The US 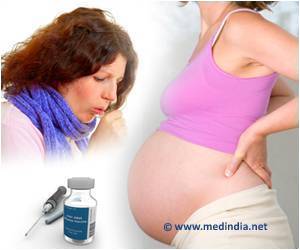 A word of caution has been sounded in the U.S about the rise in cases of pertussis, a highly contagious, bacterial respiratory disease.

There have been 22 cases since January including seven children below one year of age.

More than 3,000 cases of the illness have been diagnosed in Washington State. That's 13 times what they saw by this time last year.


"That's really on track to be a record, since the 1940s and we're seeing similar increases in most states around the country and we're probably on track to have another record year in 2012," said Dr. Thomas Clark of the Centers for Disease Control.

Spices have been used in ancient medicines to cure a wide range of diseases. They are a part of our home-remedy. Science is exploring more about the health benefits of spices today.
Advertisement
The health district has advised health care providers and parents to receive the vaccine.

If patients come with symptoms, physicians and healthcare providers have been advised to test patients for pertussis.

Adults who care or live with infants have been advised to take the vaccinations.

Source: Medindia
Advertisement
<< College Women Hooked to the Hookah in The United States
Synthetic Voice Box is a Reality After 2 Surgeries in Russi... >>

Indian Medical Journals Accident and Trauma Care Sinopril (2mg) (Lacidipine) How to Reduce School Bag Weight - Simple Tips Find a Hospital Drug - Food Interactions Vent Forte (Theophylline) The Essence of Yoga Loram (2 mg) (Lorazepam) Color Blindness Calculator
This site uses cookies to deliver our services. By using our site, you acknowledge that you have read and understand our Cookie Policy, Privacy Policy, and our Terms of Use

Whooping Cough Warning in The US Personalised Printable Document (PDF)