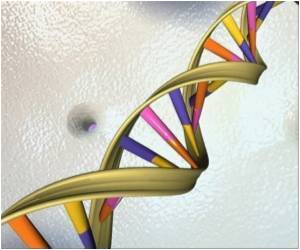 The landscape of the melanoma genome, the DNA code of the deadliest form of skin cancer has been systematically studied by a team of scientists at the National Institutes of Health.

The researchers have made surprising new discoveries using whole-exome sequencing, an approach that decodes the 1-2 percent of the genome that contains protein-coding genes.

Melanoma is the most serious form of skin cancer and its incidence is increasing faster than any other cancer.


"It is now clear that genomic analysis will have a major impact on our ability to diagnose and treat cancer," National Human Genome Research Institute Director Eric D. Green, M.D., Ph.D., said.

They studied advanced disease - the metastatic stage - when cells have the highest accumulation of gene mutations.

"Melanoma is one of the most challenging solid cancers to work with because it has such a high rate of mutation," senior author Yardena Samuels, Ph.D., investigator in the Cancer Genetics Branch of the NHGRI's Division of Intramural Research, said.

"Whole-exome sequencing will help us identify the most important changes," Samuels said.

As a first step in the study, NHGRI researchers obtained 14 metastatic melanoma tumour samples and matching blood samples from a collection maintained at NCI.

Whole-exome sequencing of the 28 samples was performed at the NIH Intramural Sequencing Center.

The researchers excluded from further analysis any inherited genetic alterations already annotated in such datasets as the Single Nucleotide Polymorphism database, or dbSNP, and the 1,000 Genomes Project.

Once the passenger mutations were ruled out, the team could focus on those most likely to cause melanoma.

The researchers identified 68 genetic changes that appeared to be somatically mutated at elevated frequency.

They then identified 16 genes deemed to be melanoma driver mutations, factoring for both the background mutation rate and the numbers of respective mutations found in the tumours in this study.

Of the 16, only the oncogene BRAF had ever been implicated in melanoma.

The ionotropic glutamate receptor gene, GRIN2A, was the most highly mutated of the genes newly implicated in melanoma.

It contained mutations in 33 percent of an NCI sample set and in 25 percent of a larger set of samples that combined those maintained by NCI and two other collections.

The researchers suggest that this gene is important because of its role in the signalling pathway.

"There are some indications that suggest that this is a tumour-suppressor gene, but we still need to prove that using functional studies," Samuels said.

Next, the researchers looked for recurrent, or hot spot, mutations that occurred in multiple patient tumours.

The BRAF gene with a hotspot mutation previously implicated in melanoma led a list of nine additional genes with mutations that occurred in more than one tumour.

Mutations in seven of the nine genes caused protein-coding changes. These seven hot-spot mutations led the researchers to look precisely for these mutations in 153 additional melanoma tumours.

Mutations in one particular gene, known as TRRAP, emerged as remarkable for occurring at the exact position in six separate individuals with melanoma.

TRRAP harbours a recurrent mutation clustered in one position along the string of DNA code in about 4 percent of cases.

"These data suggest that TRRAP is a driver and probably an oncogene," Samuels said.

Oncogenes are cancer-causing genes that enable the cell to survive despite stressful conditions, rather than die off normally.

"This was one of the most important discoveries in the study since we never expected to identify novel hot-spot mutations," she said.

"We are starting to explore what mutations do to the glutamate pathway," Samuels said, while noting that ongoing research will entail complex biochemistry.

The study has been published in the April 15, 2011, early online issue of Nature Genetics.

Iron Intake Calculator Drug Side Effects Calculator Blood - Sugar Chart Blood Donation - Recipients Find a Hospital Vent Forte (Theophylline) Accident and Trauma Care Diaphragmatic Hernia Drug - Food Interactions A-Z Drug Brands in India
This site uses cookies to deliver our services.By using our site, you acknowledge that you have read and understand our Cookie Policy, Privacy Policy, and our Terms of Use  Ok, Got it. Close
×