What's the Worst Drink in the USA? A 2,000-Calorie Milkshake 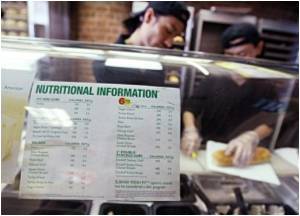 The worst drink in the USA title now belongs to a 2,000-calorie milkshake, which equals 68 rashers of bacon and 30 chocolate-chip cookies.

Called the Cold Stone PB and C, the drink is made with chocolate ice cream, milk and peanut butter.

Cut Calories To Live For A 100 Years

Calorie restriction can not only make you live up to 100 years but also keep you healthy throughout life, says a new research.
Advertisement

"In terms of saturated fat, drinking this Cold Stone catastrophe is like slurping up 68 strips of bacon," the Sun quoted the magazine as saying on its website.

First Lady Michelle Obama has praised US food manufacturers for agreeing to cut 1.5 trillion calories from their products, in a boost for her anti-obesity campaign. She said that
Advertisement
"Health experts recommend capping your saturated fat intake at about 20 grams per day, yet this beverage packs more than three times that into a cup..," it added.

The drink is a hit with the tourists but Josh Fein, who runs the Marina Del Rey ice cream eatery, says the health conscious locals are not that keen on the PB and C shake.

"We probably only sell about eight to ten of those a week and mostly to tourists," said the 32-year-old.

According to the Eat This, Not That Men's Health column the second worst drink in America is the Peanut Power Plus Grape from Smoothie King.

A large cup is worth roughly 1,500 calories.

A large cup of that is worth 1,160 calories or the equivalent of 13 McDonald's apple pies.