Paleo Diet - How Many Versions Were There? 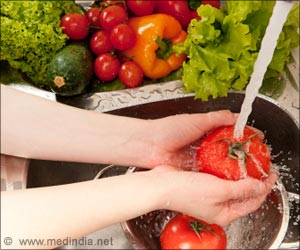 The Paleolithic diet, or caveman diet, gives modern calorie-counters great freedom because those ancestral diets could have differed substantially over time and space, reveal researchers. The Paleolithic diet has been a weight-loss craze in which people emulate the diet of plants and animals eaten by early humans during the Stone Age.

Paleolithic diet is now among the most followed diet trends in the world of nutrition and health. Find out more about the diet inspired by our ancestors, which has a plethora of health benefits.
Advertisement

"Based on evidence that's been gathered over many decades, there's very little evidence that any early hominids had very specialized diets or there were specific food categories that seemed particularly important, with only a few possible exceptions," said Dr. Ken Sayers, a postdoctoral researcher at the Language Research Center of Georgia State. "Some earlier workers had suggested that the diets of bears and pigs--which have an omnivorous, eclectic feeding strategy that varies greatly based on local conditions--share much in common with those of our early ancestors. The data tend to support this view."


The co-author on the paper, Dr. C. Owen Lovejoy, is a Distinguished Professor of Anthropology at Kent State University, well known for his reconstructions of the socioecology and locomotor behavior of early hominids such as "Ardi" (Ardipithecus ramidus, 4.4 million years old) and "Lucy" (Australopithecus afarensis, 3.2 million years old).

Due to busy lifestyles, food holds the least amount of importance for many of us. Healthy snacking is not as simple as it sounds. It involves thorough understanding of what, when and how to eat.
Advertisement
The study examines anatomical, paleoenvironmental and chemical evidence, as well as the feeding behavior of living animals. While early hominids were not great hunters, and their dentition was not great for exploiting many specific categories of plant food, they were most likely dietary "jacks-of-all-trades."

The review paper covers earliest hominid evolution, from about 6 to 1.6 million years ago. This touches on the beginning of the Paleolithic era, which spans from 2.6 million to roughly 10,000 years ago, but Sayers suggests that the conclusions hold in force for later human evolution as well.

The researchers offer several points that need to be considered by people wishing to emulate the diets of our ancestors:

1. It's very difficult to characterize the Paleo diet. Advocates suggest certain types of foods and a percentage of energy that should come from protein, fats and carbohydrates. These recommendations are based largely on estimations from a limited number of modern human hunter-gatherers, but the diet of early humans was almost certainly much broader.

"I think that you would certainly have lots of variation way beyond what those recommendations are," Sayers said. "When you're trying to reconstruct the diet of human ancestors, you want to look at a number of things, including the habitats they lived in, the potential foods that were available, how valuable those various food items would have been in relation to their energy content and how long it takes to handle a food item."

There's more to dietary reconstruction than looking at teeth from a chemical perspective or under a microscope. It involves characterizing the environment and taking into consideration factors as disparate as locomotion, digestion and cognitive abilities, Sayers said.

2. Our ancestors lived in a wide range of environments, which affected the types of food available. The variables important to feeding decisions would have differed greatly from place to place and over time, and thus greatly differing "optimal diets" would have been predicted, as suggested by modern evolutionary ecology. This is clearly observed today. Hunter-gatherers in a northern climate may have an almost exclusively animal-based diet, while hunter-gatherers near the equator might rely heavily on plant-based resources.

3. Even the "same food" isn't the same today as it was in the olden days. For example, in an earlier study, Sayers investigated the diet of langur monkeys living high in the Nepal Himalaya. At one point in the year, there were wild strawberries on the ground, which seemed to be an attractive food choice. However, the monkeys wouldn't eat them. Sayers tasted the wild strawberries and found they were incredibly bitter.

4. Early humans had shorter life spans, so it's difficult to say if their diet was "healthier."

"Individuals throughout the vast majority of the Stone Age were not living that long. Life expectancies are so high today, at least in many regions of the globe," Sayers said. "A lot of the diseases that do come about today or have been linked with high-fat diets or things like that have been referred to by some researchers as 'diseases of affluence.' They're diseases that come about simply because we're living long enough that they can show their effects."

In recent years, controlled studies have compared the Paleo diet with alternative approaches, and with respect to particular health issues, nutritionists are largely taking a "wait-and-see" attitude towards them.

5. Our ancestors were focused on survival, not necessarily eating a balanced diet. "Throughout the vast majority of our evolutionary history, balancing the diet was not a big issue," Sayers said. "They were simply acquiring enough calories to survive and reproduce. Everyone would agree that ancestral diets didn't include Twinkies, but I'm sure our ancestors would have eaten them if they grew on trees."

Negative calorie foods widely advertised in diet plans are foods that supposedly use more energy to digest than they provide in calories, thereby resulting in a calorie deficit.
Advertisement
Advertisement

Macrobiotics is an Oriental theory that lays down guidelines for promoting well-being and longevity through ...

Paleo Diet - How Many Versions Were There? Personalised Printable Document (PDF)