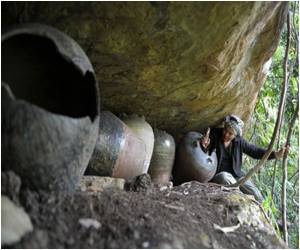 Removing nitrogen from the environment "the natural way" by creating a wetland is a long-term, nutrient-removal solution, more cost effective than upgrading a wastewater treatment plant.

But it isn't necessarily socially beneficial to offer landowners multiple payments for the environmental services that flow from such wetlands, according to a study conducted at the University of Illinois.

"In the areas we studied in Bureau County with small wastewater treatment plants (WWTPs), it was much cheaper to do pollution control by installing just a few wetlands than it was to have the WWTPs do the upgrades that would be necessary to achieve the same thing," said U of I environmental economist Amy Ando.


Bureau County was selected for the simulation because it is an area that has waterways with heavy nitrogen and phosphorus pollution, and it is a rural area of the state but with some population density and a couple of WWTPs.
Advertisement
"In some ways, it's a poster child for an environment where a program like this could work," Ando said. "There is enough farmland to put in some wetlands, but there are also enough people contributing to the WWTPs that are generating nutrientsso there are parties on both sides that could trade with each other."

The study analyzed the amount of land needed to reduce nitrogen pollution, data on the costs of actual wetland restorations, and other factors such as the opportunity costs to the landowner from no longer farming the new wetland area.

"Wastewater treatment plants can already remove nitrogen, but their current technology is only capable of removing them up to a point," Ando said. "If they wanted to do more nitrogen removal, they would have to make upgrades. The cost of phosphorus removal isn't high, but for nitrogen, the upgrades are pretty expensive."

Ando also explained that, depending on how environmental permit markets are set up, if an area is set aside as a wetland, the landowner could qualify for several incentive programs through pollution trading markets, even if the original purpose of the wetland conversion was only to reduce nitrogen.

"This is a big issue in the design of markets for ecosystem services," Ando said. "A wetland does a lot of things. It will filter out nutrients, but it also creates habitat for waterfowl, and it might sequester carbon. The cost of installing a wetland is large enough that in some cases no single payment might be enough to convince a farmer to do it, but if they get paid for the full value to society of all three benefits, then they might be willing to do it.

"There's an almost violent debate among scholars and environmental groups and people who are trying to get these markets into place about whether farmers should be able to stack payments. We were trying to be agnostic and just ask the question, what effects would stacking have on market outcomes?" she said.

Ando said that, under some circumstances, if multiple payments for the same action are not allowed, it can result in inefficiently low levels of conservation activity on parcels of land that generate nutrient removal and other benefits such as wildlife habitat. However, some farmers may be willing to convert farmland to wetland on the strength of just one payment.

"Ideally we want to pay farmers to create a wetland that they would not have done anyway," Ando said. "But in some cases, they might not need the extra incentive and would have been happy to do it for the nitrogen payment alone. In our study area, we found that allowing multiple payments may or may not make society as a whole better off, depending on the details of the policy situation."

When questioned about the fairness of stacking credits, Ando said "Fair is a different question than efficient and from cost-effectiveness overall. If multiple payments for a single wetland don't increase the provision of ecosystem services relative to single payments, then it's not cost-effective. Some of that money could be used to pay a different landowner and get more services overall. So there might be a trade-off between what seems fair and just and what yields the greatest environmental benefit to society for a fixed amount of money available for payments," she said.

Source: Eurekalert
Advertisement
<< Diet of Mother and Baby Important for Childs Behavior & In...
Drug Resistant Super Bugs Cause 23,000 Deaths in America An... >>

More News on:
Seeds: Nutrient Packed Germs of Life Diet, Nutrition and Supplements for Osteo-Arthritis and Rheumatoid Arthritis Undetected Nutrient Deficiencies: the Cause of Ill Health Eat Your Way to Good Health

Expert Calls For Efficient Use Of Nitrogen By Farmers
Professor Richard Conant of Queensland University of Technology QUT)notes that global agricultural ....

Bedrock Nitrogen and Climate Change
Nitrogen found in rocks can boost the growth of forest trees and enable them to pull more carbon ......

More Efficient Use Of Nitrogen Fertilizers To Combat Global Warming
Increased levels of carbon dioxide and nitrogen in the environment in the wake of increased food ......