We are Never too Old to Learn 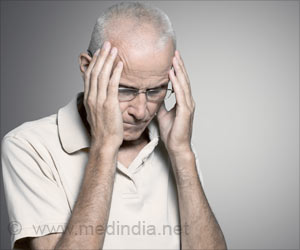 You can ward off cognitive ageing just by learning like an infant. Researcher Rachel Wu University of California, Riverside asserted that as adults, if we continue to learn the way we did as children, we can redefine what it means to be an "aging" adult.

In the paper, she redefined healthy cognitive aging as a result of learning strategies and habits that are developed throughout our life. These habits can either encourage or discourage cognitive development. "We argue that across your lifespan, you go from 'broad learning' (learning many skills as an infant or child) to 'specialized learning,' (becoming an expert in a specific area) when you begin working, and that leads to cognitive decline initially in some unfamiliar situations, and eventually in both familiar and unfamiliar situations," Wu said.

Higher Magnesium Levels may Prevent Fractures Among the Ageing Population

Avoiding low serum concentrations of magnesium may be a promising though unproven strategy for risk prevention of fractures.
Advertisement
‘If we reimagine cognitive aging as a developmental outcome, it opens the door for new tactics that could dramatically improve the cognitive health and quality of life for aging adults.’
Tweet it Now

In the paper, Wu argued that if we reimagine cognitive aging as a developmental outcome, it opens the door for new tactics that could dramatically improve the cognitive health and quality of life for aging adults. In particular, if adults embrace the same "broad learning experiences" (characterized by six factors below) that promote children's growth and development, they may see an increase in their cognitive health, and not the natural decline that we all expect.


Wu and her collaborators defined "broad learning," as encompassing these six factors:

3. Growth mindset (belief that abilities are developed with effort).

4. Forgiving environment (allowed to make mistakes and even fail).

The researchers explained that intellectual engagement (via the six factors) declines from infancy to aging adulthood as we move from "broad learning" to "specialization." They argue that, during infancy and childhood, engaging in these six factors actually increases basic cognitive abilities (e.g., working memory, inhibition, attention), and they predict that the same is the case in adulthood.

Wu and the researchers defined "specialized learning," as encompassing these factors:

3. Unforgiving environment (high consequences for mistakes or failing, such as getting fired).

4. Fixed mindset (belief that abilities are inborn talent, as opposed to developed with effort).

5. Little commitment to learning (adults typically learn a hobby for a couple months, but then drop it due to time constraints and/or difficulty).

"When you look across the lifespan from infancy, it seems likely that the decline of broad learning has a causal role in cognitive aging. But, if adults were to engage in broad learning via the six factors that we provide (similar to those from early childhood experiences), aging adults could expand cognitive functioning beyond currently known limits," Wu noted. "We still need to test our theory with specific scientific studies, but this theory is based on over five decades of research.

What I want adults to take away from this study is that we CAN learn many new skills at any age," Wu concluded. "It just takes time and dedication. We seem to make it very difficult on ourselves and other adults to learn. Perhaps this is why some aspects of cognitive aging are self-imposed." The study is published in the journal Human Development.

New Anti-Ageing Serum a Few Years Away, but may be Unsafe for Elderly People

Removing senescent cells may bring us one step closer to the fountain of youth , observed researchers.
Advertisement

We are Never too Old to Learn Personalised Printable Document (PDF)