Warning! Antioxidants May Cause Fertility Problems in Females 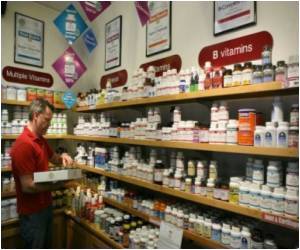 New research has revealed a possible unexpected side effect of antioxidants: They might cause fertility problems in females.

Antioxidants are sold over the counter everywhere. They're added to food, drink and face cream. But according to Prof. Nava Dekel of the Biological Regulation Department, we still don't have a complete understanding of how they act in our bodies.

Common antioxidants include vitamins C and E. These work by eliminating molecules called reactive oxygen species that are produced naturally in the body. Stress can cause these chemically active molecules to be overproduced; in large amounts they damage cells indiscriminately.


By neutralizing these potentially harmful substances, antioxidants may, theoretically, improve health and slow down the aging process.

But when Dekel and her research team including her former and present Ph.D. students Dr. Ketty Shkolnik and Ari Tadmor applied antioxidants to the ovaries of female mice, the results were surprising: ovulation levels dropped precipitously.

Encyclopedia section of medindia gives a brief introduction to infertility and reproduction
Advertisement
That is, very few eggs were released from the ovarian follicles to reach the site of fertilization, compared to those in untreated ovaries.

To understand what lies behind these initial findings, the team asked whether it is possible that the process of ovulation might rely on the very 'harmful' substances destroyed by antioxidants - reactive oxygen species.

Further testing in mice showed that this is, indeed, the case. In one experiment, for instance, Dekel and her team treated some ovarian follicles with luteinizing hormone, the physiological trigger for ovulation, and others with hydrogen peroxide, a reactive oxygen species.

The results showed hydrogen peroxide fully mimicked the effect of the ovulation-inducing hormone. This implies that reactive oxygen species that are produced in response to luteinizing hormone serve, in turn, as mediators for this physiological stimulus leading to ovulation.

Among other things, these results help fill in a picture that has begun to emerge in recent years of fertility and conception, in which it appears that these processes share a number of common mechanisms with inflammation.

It makes sense, says Dekel, that substances which prevent inflammation in other parts of the body might also get in the way of normal ovulation, and so more caution should be taken when administering such substances.

Much of Dekel's research has focused on fertility-her previous results are already helping some women become pregnant. Ironically, the new study has implications for those seeking the opposite effect. Dekel: 'On the one hand, these findings could prove useful to women who are having trouble getting pregnant. On the other, further studies might show that certain antioxidants might be effective means of birth control that could be safer than today's hormone-based prevention.'

The study was recently published in the Proceedings of the National Academy of Sciences USA (PNAS).

The term 'Egg Donation' is commonly used to refer to the contribution of her eggs by a woman to another, who is incapable of producing her own.
Advertisement
Advertisement

The bael is an important aromatic medicinal tree of Indian origin. Despite the goodness it packs in itself, ...

A popular garden herb, mint has earned worldwide fame both in the kitchen as well as health. A tasty garnish ...

Ovulation is the time when an egg or ovum is released by female ovary, usually midway during the menstrual ...

Anti-oxidant property of guava has recently been found be the highest amongst commonly consumed Indian ...