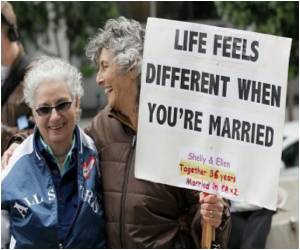 More than 80 countries on Tuesday signed a joint declaration that urged the international community to end violence based on sexual orientation or homosexuality.

"We call on states to take steps to end acts of violence, criminal sanctions and related human rights violations committed against individuals because of their sexual orientation or gender identity," said the declaration.

Homosexual Teens Singled Out for Punishment

Lesbian, gay and bisexual (LGB) adolescents are about 40 percent more likely than other teens to be punished by school authorities, police and the courts, according to a study by Yale

The declaration, signed by 83 countries, was presented at the UN Human Rights Council which is meeting until March 25.

Novelist Abdellah Taia, who has won acclaim in France and readers abroad, has challenged a taboo in his native Morocco and won't back down: he is the first writer to come out as gay
<< Video Game Helpful in Identifying Vision Problems
Oz Teens Ignorant of the Many Legal Dangers of Social Media >>

Drug - Food Interactions Drug Interaction Checker Noscaphene (Noscapine) Accident and Trauma Care Blood Pressure Calculator Color Blindness Calculator Selfie Addiction Calculator Diaphragmatic Hernia Pregnancy Confirmation Calculator The Essence of Yoga
This site uses cookies to deliver our services. By using our site, you acknowledge that you have read and understand our Cookie Policy, Privacy Policy, and our Terms of Use