Cherry juice could help reduce muscle damage pain and also be used to treat arthritis and gout, says a study.Declan Connolly of the University of Vermont and colleagues at Cornell University, New York, evaluated the efficacy of a fresh, highly concentrated, specially processed tart cherry juice blend in a random study on 14 male college students.

The study participants were asked to either drink a bottle of the cherry juice blend twice a day for three days before exercise and for four days afterwards, or to drink a placebo juice containing no cherries, according to a report in the University of Vermont website.

The 12-ounce bottle of juice contained the liquid equivalent of 50 to 60 tart cherries blended with commercially available apple juice.


The participants performed a type of muscle-damaging exercise - flexing and tensing one arm 20 times - that creates contractions in which the muscle is lengthened.

There was a significant difference in the degree of muscle strength loss between those drinking the cherry juice blend and those taking the placebo juice.

The degree of soreness differed little between the two groups, but the average pain score was significantly less in those drinking cherry juice.

Pain also peaked at 24 hours for those drinking cherry juice, but continued to increase for those on the placebo juice for the subsequent 48 hours.

"Current anecdotal evidence suggests the drink may be effective in treatment of arthritis and gout, and thus offer a potentially safer alternative than prescription drugs," said Connolly. 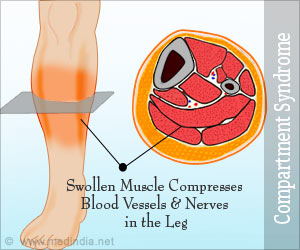