Use of Psychotropic Medication Including Stimulants, in Young Children Leveling Off 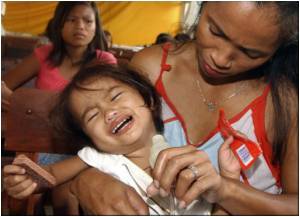 In very young children, the use of psychotropic prescription medications to treat ADHD, mood disorders, anxiety and other mental health disorders appears to have leveled off.

A national study of 2 to 5 year olds shows that overall psychotropic prescription use peaked in 2002-2005, then leveled off from 2006-2009. The researchers also discovered increased use of these medications among boys, white children and those without private health insurance during the 16-year study period, 1994-2009.

Commonly prescribed psychotropic medications fall into several categories, including both typical and atypical antipsychotics, antidepressants, antianxiety agents, stimulants and mood stabilizers. The U.S. Food and Drug Administration has approved few of these medications for the preschool age group, yet previous studies documented two to threefold increases in psychotropic prescriptions for preschool children between 1991 and 2001.

It is likely that the use of psychotropic medications leveled off due to numerous warnings issued in the mid to late 2000s. These include a 2004 FDA "black box" warning regarding suicidality risk, 2005 public health advisory regarding potential for cardiovascular risks involving amphetamines, and a 2006 FDA Advisory Committee recommendation (later reversed) for a black box warning on psychostimulants linking these drugs to possible heart problems.

Additional research is needed, says Dr. Froehlich, to determine why boys, white children and those without private health insurance are more likely to receive these medications and to determine their appropriateness.

Music: Key to Mental Health
A new study finds that the risk of mental decline through age is less in people who play musical ......

Study Finds People in Debt More Than Thrice Likely to Suffer from Mental Health Problems
A new study has found people in debt are more than three times more likely to suffer from a mental ....

Mental Health Component in School-Based Lifestyle Programs can be Beneficial for Teens
School-going teens who take part in lifestyle programs, which include a mental health component, ......

Study Points to Better Mental Health With LSD
A recent study carried out by scientists at the Norwegian University of Science and Technology ......