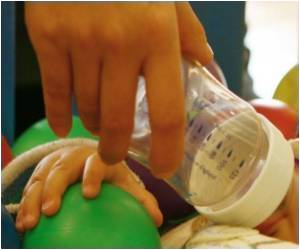 A new study conducted by researchers at Temple University in Pennsylvania suggests that those kids who are continued to be fed from a baby bottle till the age of two years are more likely to be obese by the time they are five.

The researchers studied data from a federal survey that involved more than 6,700 and found that over 22 percent of the kids continued to use baby bottle when they were two years of age. Nearly a quarter of the prolonged bottle users were found to be obese by the time they were five years of age, make it 33 percent more likely that those who used baby bottle as their primary mode of being fed became obese over the next three years.

Writing in the report, published in the Journal of Pediatrics, the researchers said that they had also included other factors, such as mother's weight, the child's birth weight and feeding practices during infancy, in their study.


"This is a practice that has been discouraged for years because it promotes tooth decay, and this is one of the first studies to show that it may also promote obesity", the co-author of the study, Robert Whitaker said.

Obesity is the root cause of problems like diabetes, heart disease, stroke, arthritis and gall bladder disease. A serious look at our strategies is needed to tackle this fast growing epidemic.
Advertisement
<< Synthetic Blood Used to Save Woman With Critical Heart Fail...
World Hand Hygiene Day >>