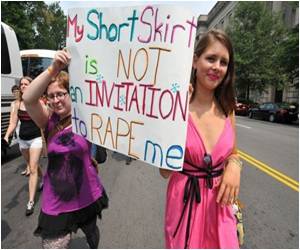 The US State Department decided to include the 23-year-old girl-who died after being brutally gang raped in a moving bus in Delhi-for its International Women of Courage Award for 2013.

The decision was welcomed by the Indian Government. Minister of State for External Affairs Preneet Kaur said the award is an inspiration to Indian women.

"It gives us great satisfaction that a girl from our country, who endured so much trauma and succumbed to those injuries, is being recognized with an international award. And I think this award would also raise the heads of women in India with pride," said Kaur.


National Commission For Women (NCW) Chairperson Mamta Sharma applauded the US government for acknowledging the survival and fighting spirit of the rape victim.
Advertisement
"I would first like to say that we must thank the US government for considering an Indian woman as a source of inspiration and awarded her. I appreciate the award being given to her posthumously. The way that girl fought for her life for over a week in the hospital and also tried to fight off those accused, who were the cause of her trauma, I think she deserves this award. I am happy that this award is being given posthumously," said Mamta Sharma.

However, Bharatiya Janata Party (BJP) leader Najma Heptullah said that while she welcomed the award, she would be happier when India became a safer country for women.

"It's fine, but I would one day be very happy when America and the world recognises and awards us for a safe place where women can stay without fear of being raped or any kind of violence; that day I would really be very happy and I congratulate. It was a sad incident, she went through a trauma and finally she lost her life," said Heptullah.

"But we want our country to be safe for women, especially the capital city should never even have and I am ashamed for what happened in India. I hope all our people will feel the same thing and make this city and this country safe for women," she added.

The award would be presented to the brave heart posthumously by the First Lady Michelle Obama and the Secretary of State John Kerry on March 8.

The victim, a physiotherapy student, was brutally raped and assaulted in a moving bus on the night of December 16, 2012. She died of her injuries on December 29, 2012 in the multi-specialty Mount Elizabeth Hospital in Singapore.

Her male friend, who was accompanying her that day, was also assaulted by the accused and both of them were thrown out of the bus.

Anti-rape Ordinance Signed
President Pranab Mukherjee has signed the anti-rape ordinance to amend criminal laws so as to put a ...