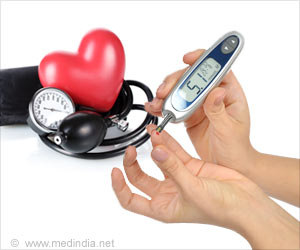 Chronic non-communicable diseases are on the rise among South Africans due to unmet diabetes care in the population, reveals a new study.

The study was led by a Boston University School of Public Health (BUSPH) researcher. The study was published in PLOS ONE, evaluated the prevalence of diabetes in the country as well as the healthcare system's response to the epidemic. The researchers found a higher rate of disease than previously reported, and also found significant gaps in screening, diagnosis, treatment, and control of the disease.

"Several factors may contribute to the high rate of unmet need for diabetes care in South Africa across the care continuum, among them problems with access, health-seeking behavior, and health system quality," the researchers wrote.


Diabetes accounts for 5.4 percent of deaths in South Africa and is currently ranked second among natural causes of death in the country. In 2013, South Africa outlined a strategy for non-communicable diseases (NCDs) that called for a 30 percent increase in the number of patients with controlled diabetes by 2020.
Advertisement
The research team constructed a diabetes care cascade in which patients with diabetes were classified into one of five categories: unscreened, screened but undiagnosed, diagnosed but untreated, treated but uncontrolled, and treated and controlled.

The research team then analyzed a sample of 4,083 respondents, among whom 521 had diabetes. They found that of the 10.1 percent of those aged 15 or older with diabetes, 45.4 percent were not screened, 14.7 percent were screened but undiagnosed, 2.3 percent were diagnosed but untreated, and 18.1 percent were treated but uncontrolled. Only 19.4 percent were receiving treatment with the disease controlled.

The study provides recent national estimates of the burden and population-level management of diabetes among South African adults. The research integrated laboratory assessment with interviews, allowing the researchers to objectively measure diabetes status instead of relying on self-reported data.

"We thus begin to fill the gaps in the evidence base that will allow a targeted response to the growing epidemic of diabetes in South Africa," the researchers wrote. The research team had previously used a care cascade to evaluate hypertension levels in the country.

The study also found a higher-than-reported prevalence of diabetes among adults aged 40-plus: 18.9 percent, compared to the 14.3 percent reported by the National Income Dynamics Study (NIDS) in 2012.

Prior estimates were largely based on self-reported data, which fail to capture undiagnosed cases and largely come from sub-national samples or estimates derived from data collected across multiple countries.

Although the study's results imply a slightly lower prevalence of diabetes in South Africa as compared to the US, the estimates also suggest that South Africa has a much greater unmet need for diabetes care, with nearly twice the proportion of cases that are undiagnosed.

"The current estimates should serve as a benchmark for evaluating the effectiveness of the proposed reforms, particularly the re-engineering of primary care, and motivate policies aimed at redressing unmet need for diabetes care in South Africa," the researchers wrote.

Diabetes Care Improved by Disease-Management Programs
An article in CMAJ says that disease-management programs, which may include patient education...

Evidence-Based Programs may Improve Diabetes Care Among Transgenders
Around 0.6% of the adult population in the US identify as transgender. They need more specialist ......

Asthma can Make Pediatric Diabetes Care Difficult
Children who are victims of both asthma as well as diabetes have a difficult time controlling their ...

Better Diabetes Care For Older African-Americans Possible With New Data-Based Strategies and Treatment
Better data are needed to evaluate access to care by minority groups at increased risk for ......