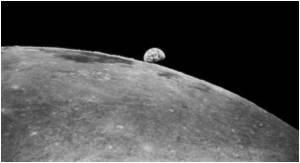 Researchers have proposed several possible scenarios of the ultimate fate of our world. These scenarios were made keeping in mind the fact that 70 percent of the current content of the Universe comprises of dark energy.

One is that the Universe will end in a so-called big rip.

Now, five researchers from the University of Science and Technology of China, the Institute of Theoretical Physics at the Chinese Academy of Sciences, Northeastern University, and Peking University have explored this interesting topic.


For millennia, human beings have been pondering two ultimate questions: "Where do we come from?" and "Where are we going?" Over that time, these questions have spurred theological and philosophical debate. Thanks to the rapid development of modern cosmology in the past three decades, scientists nowadays have obtained some important clues to answer these questions. The standard "inflation plus hot big bang" framework has been developed to explain the origin of the Universe.

For Stephen Hawking, Women are Universe's Only Enduring Mystery

Stephen Hawking has revealed that for him women are the only enduring mystery of the universe as he has not been able to crack this mystery.
Advertisement
However, to forecast the destiny of the Universe, researchers have realized that the nature of dark energy is key.

In the absence of a consensus on what dark energy is, a phenomenological description of the equation-of-state parameter w-the ratio of pressure and density of dark energy-provides an important means for investigating dark energy dynamics.

Properties of dark energy will decide the ultimate fate of the Universe. In particular, if w is less than -1 at some time in the future, dark energy density will grow to infinity in finite time, and its gravitational repulsion will tear apart all the objects in the Universe. This "big rip" (or "cosmic doomsday") scenario is the major focus of the paper.

"We want to infer from the current data what the worst fate would be for the Universe," the researchers said.

One of the more intriguing questions is: "If a doomsday exists, how far are we from it?" After constraining the MZ parameter space via a Markov Chain Monte Carlo method, the authors found that by using the current observational data tBR - t0 = 103.5 Gyr for the best-fit result, and tBR - t0 = 16.7 Gyr at the 95.4 percent confidence level (CL) lower limit. Here tBR denotes the time of the big rip, and t0 denotes the present day.

Thus the constrained parameter space indicates that it is very likely that in the future w is less than -1. If so, one may ask another interesting question: "How about the destinies of the gravitationally bound objects in the Universe, such as galaxies and stars?" In fact, if w indeed ever becomes less than -1, dark energy's gravitational repulsion will continuously increase until it overcomes all forces holding objects together and all objects will be torn apart.

No object would escape this fate, but obviously systems more tightly bound would exist for longer. Using the MZ parameterization, the researchers speculated on a series of possible consequences before the cosmic doomsday.

However, from what we already know of the dynamical properties of dark energy, one thing is all very clear, we still have a very long future ahead.

Their research was published in Sci China-Phys Mech Astron 2012.