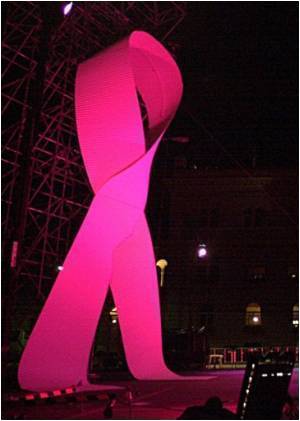 A peptide that shows potential for pharmaceutical development into agents for treating infections, and cancer through an ability to induce a cell-recycling process called autophagy was synthesized by UT Southwestern Medical Center scientists.

Autophagy is a fundamental recycling process in which intracellular enzymes digest unneeded and broken parts of the cell into their individual building blocks, which are then reassembled into new parts. The role of autophagy is crucial both in keeping cells healthy and in enabling them to fight different diseases. Physician scientists in UT Southwestern's Center for Autophagy Research are deciphering how to manipulate the autophagy process in an effort to disrupt the progression of disease and promote health.

In their latest findings reported online in the journal Nature, Center researchers were able to synthesize a peptide called Tat-beclin 1, which induces the autophagy process. Mice treated with Tat-beclin-1 were resistant to several infectious diseases, including West Nile virus and another mosquito-borne virus called chikungunya that is common to Asia, Africa, and India. In additional experiments, the team demonstrated that human cells treated with the peptide were resistant to HIV infection in a laboratory setting.


"Because autophagy plays such a crucial role in regulating disease, autophagy-inducing agents such as the Tat-beclin 1 peptide may have potential for pharmaceutical development and the subsequent prevention and treatment of a broad range of human diseases," said Dr. Beth Levine, Director of the Center for Autophagy Research and senior author of the study. Dr. Levine, Professor of Internal Medicine and Microbiology, is a Howard Hughes Medical Institute investigator at UT Southwestern.
Advertisement
Disruption of the autophagy process is implicated in a wide variety of conditions including aging, and diseases, including cancers, neurodegenerative diseases such as Parkinson's and Alzheimer's, and infectious diseases such as those caused by West Nile and HIV viruses.

UT Southwestern has applied for a patent on Tat-beclin-1. Peptides are strings of amino acids found in proteins. The Tat-beclin 1 peptide was derived from sequences in beclin 1, one of the first known proteins in mammals found to be essential for autophagy, a finding that was made by Dr. Levine's laboratory. Her research has since demonstrated that defects in beclin 1 contribute to many types of disease. Conversely, beclin 1 activity and the autophagy pathway appear to be important for protection against breast, lung, and ovarian cancers, as well as for fighting off viral and bacterial infections, and for protecting individuals from neurodegenerative diseases and aging.

New Ways to Extend the Life of an Appetite-suppressing Peptide
Appetite suppression is not a new phenomenon as far as controlling weight is concerned....

Researchers Develop New Form of Peptide That can Kill Highly Resistant Bugs
Diseases such as pneumonia and sepsis are becoming increasingly difficult to treat due to drug ......