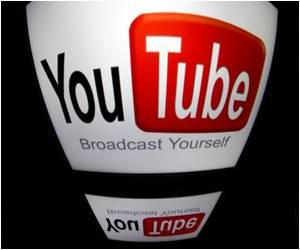 A three-minute study of women's self-perception that stars a forensic artist is the most-watched Internet commercial of all time and the bragging rights to it were claimed by Unilever.

The Anglo-Dutch consumer products giant said its "Dove Real Beauty Sketches" has been seen more than 114 million times on YouTube and other video platforms in more than 110 countries "to surpass all previously recorded video ads."

It is also the most-shared video in more than a year and the third most shared of all time, the company said in a statement, citing data from Unruly Media, which tracks the popularity of viral videos.


Released last month, "Sketches" features San Francisco forensic artist Gil Zamora as he draws a number of women, sitting behind a curtain out of his view, relying exclusively on how they describe themselves to him.
Advertisement
He then produces a second set of drawings -- invariably more flattering -- based on descriptions provided by strangers. The video goes on to capture the subjects' startled reactions upon seeing the resulting images.

"The 'Dove Real Beauty Sketches' campaign struck an emotional chord with millions of women who recognize that they are their own worst beauty critic," Unilever said.

Nowhere does the ad mention Dove as a product, apart for an appearance of its logo at the end.

Unilever launched a so-called Campaign for Real Beauty nine years ago in Britain to pitch Dove, a moisturizing soap, to "real women" in a world of Photoshopped celebrities and models.

Its other brands include Axe, a range of men's grooming products known as Lynx in Britain and Australia, which it markets via social and traditional media.

Source: AFP
Advertisement
<< No Reports of New Bird Flu Cases in China
Hope for Emphysema Patients Comes in The Form Of Tiny, Impl... >>

More Than a Billion Users on YouTube
Over a billion people now use YouTube every month, and its smartphone friendly interface has ......