UNESCO Chief Visits Salvador's 'Pompeii' Which Is in Need of Help 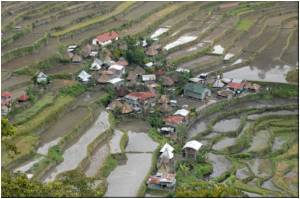 Irina Bukova toured the site, just northwest of the crowded Central American nation's capital, which was buried by a volcanic eruption 1,400 years ago.

Bukova took in the marvels of the archaeological park, where ethnic Maya lived, learning about a "temazcal" or sauna bath site, as well as an area where shamans practiced their skills.

"She is leaving with a solid understanding of the site's importance," said Roberto Gallardo, and archaeologist who joined her for the visit which became a UNESCO heritage site back in 1993.

Bayreuth Opera in Germany Named UNESCO World Heritage Site
UNESCO has revealed that the Margravial Opera House in Bayreuth, Germany, which is famous for its .....