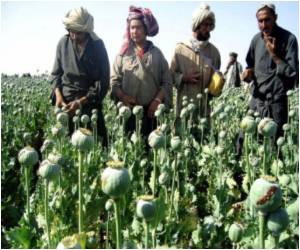 Gender equality has been advocated by the UN's Food and Agriculture Organisation (FAO) in agriculture in order to increase farm production and reduce the world's hungry by at least 100 million.

"If women in rural areas had the same access to land, technology, financial services, education and markets as men, agricultural production could be increased," FAO said in its 2010-11 State of Food and Agriculture report.


FAO Director-General Jacques Diouf told a conference in Rome that "gender equality is not just a lofty ideal, it is also crucial for agricultural development and food security."

Food preservatives are basically antimicrobials or anti-oxidants that help preserve food by destroying the microbes and stopping decomposition of food products.
Advertisement
"We must promote gender equality and empower women in agriculture to win, sustainably, the fight against hunger and extreme poverty," Diouf said on the eve of International Women's Day.

Women across the world do not have the same access to land or farming resources as men. For those developing countries for which data are available, between three and 20 percent of all landholders are women, the report said.

"Women farmers typically achieve lower yields than men, not because they are less skilled, but because they operate smaller farms and use fewer inputs like fertilisers, improved seeds and tools," said Terri Raney, the report's editor.

"Agriculture policy has to be one of gender equality because women are present in every agriculture sector," she told reporters at the conference.

Bina Agarwal, head of the Institute of Economic Growth in New Delhi, said there was "a growing concern" worldwide about the disparity between men and women in agriculture and called for action to ensure women have access to land.

On average, women make up 43 percent of the agricultural labour force in developing countries, ranging from 20 percent in Latin America to almost 50 percent in Asia and sub-Saharan Africa, according to the report.

"Just giving women the same access as men to agricultural resources could increase production on women's farms in developing countries by 20 to 30 percent," it said.

Women on farms tend to be lower paid than their male counterparts. They are also more likely to be employed in seasonal or part-time jobs.

"We must eliminate all forms of discrimination against women, ensure that access to resources is more equal and that agricultural policies and programmes are gender-aware," said Diouf.

"We must... make women's voices heard in decision-making at all levels. Women must be seen as equal partners in sustainable development," he added.

A modified diet rich in Folate, Vitamin B12 and Iron is essential for the rapid rise in hemoglobin level.
Advertisement
<< Are Online Nutrition Courses a Growing Trend?
Raynaud's Frequency in Patients With Systemic Sclerosis Red... >>

Turmeric Powder - Health Benefits, Uses & Side Effects Calculate Ideal Weight for Infants Drug Side Effects Calculator Color Blindness Calculator Vent Forte (Theophylline) The Essence of Yoga How to Reduce School Bag Weight - Simple Tips Nutam (400mg) (Piracetam) Hearing Loss Calculator Loram (2 mg) (Lorazepam)
This site uses cookies to deliver our services.By using our site, you acknowledge that you have read and understand our Cookie Policy, Privacy Policy, and our Terms of Use  Ok, Got it. Close
×