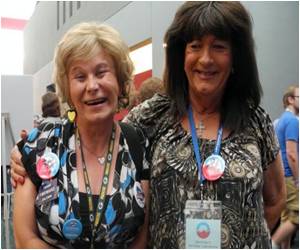 While approximately one-third of transgender (trans) patients needed emergency care in the previous year, only 71 percent of those with self-reported need indicated they were able to obtain care, which researchers theorize may be due to "perceptions and previous experiences of trans-related discrimination or poor care." The Canadian study, the first to analyze emergency department avoidance, use and experience by trans people, was published online Friday in Annals of Emergency Medicine ("Reported Emergency Department Avoidance, Utilization and Experiences of Transgender Persons in Ontario, Canada: Results from a Respondent-Driven Sampling Survey") http://www.annemergmed.com/webfiles/images/journals/ymem/FA-YMEM5689.pdf.

"Patients who have had trans-specific negative experiences in other parts of the health care system may defer care until they are desperate and need the ER," said lead study author Greta Bauer, PhD, MPH, of the Schulich School of Medicine & Dentistry in London, Ontario, Canada. "The good news is that nearly three-quarters of those who needed emergency care were able to get it in the ER. The bad news is that so many still were not." Almost one-quarter (21 percent) of trans patients reported ever avoiding the ER due to a perception that their trans status would negatively affect such an encounter. Negative experiences specifically related to being transgender were reported by 52 percent of trans patients.


Approximately 54 percent of trans patients reported having to educate their providers "some" or "a lot" regarding trans issues. Patients tended to be young (34 percent were age 16 to 24). While the group of trans patients was balanced fairly equally between female to male (FTM) and male to female (MTF), FTMs were more likely to have visited the emergency department dressed as the gender they know themselves to be than MTFs were.
Advertisement
"Because they see every kind of patient, emergency physicians have a unique window on the health care needs of their communities," said Dr. Bauer. "Emergency physicians tend to be more comfortable with situations for which they have minimal training than their peers in other specialties. As such, they are poised to be on the forefront of enhancing and improving care access and quality for trans patients in the ER."

Source: Eurekalert
Advertisement
<< Early to Bed and Early to Rise is One of the Traits of Succ...
Diabetes Testing for All Pregnant Women at First Prenatal Vi... >>

Australian Transgender Wins Landmark Ruling in Court
In a landmark ruling that could have broader implications, an Australian court agreed with a gender ...