Traditional chinese medicine has evolved over thousands of years. A meta-analysis of dozens of studies of traditional Chinese medicine such as acupuncture and therapeutic massage, were observed to reduce gastrointestinal disruptions after surgery, and acupuncture was also found to lessen fatigue in cancer patients. The study was reported in Oncotarget.

Dr. Qiang (Quentin) Liu said, "We think this is the most comprehensive study of traditional Chinese medicine psycho-behavioral interventions and the quality of life of cancer patients published to date. Our findings will promote more investigations into how the body and mind are connected during disease development, and will facilitate better cancer treatments."


Other interventions not associated with traditional Chinese medicine, including stress management, cognitive behavioral therapy and physical training, also were found to improve quality of life in Chinese cancer patients, the researchers report.


The team started with 6,500 studies published in journals in China and 23,000 studies from Western journals. All of the research focused on nonpharmacological interventions involving adult Chinese cancer patients in China. After eliminating duplicate studies, those with nonstandard measures and those that failed to include control subjects or large enough sample sizes, the team ended up with a total of 67 studies, with 16 of them focused on traditional Chinese medicine.

Keith Kelly said, "The latter 16 studies did not include enough studies of tai chi and qigong to allow the researchers to come to meaningful conclusions about the specific effects of those interventions. The total number of cancer patients included in the analysis was 6,806."

The researchers said, "We were surprised by the limited number of papers on the use of traditional Chinese medicine psycho-behavioral interventions for Chinese cancer patients that qualified for entry into this meta-analysis, particularly since the TCMs originated and are mostly practiced in China."

Acupuncture May Help Relieve Seasonal Allergies: Study
With seasonal allergies torturing many of us, ancient Chinese acupuncture can provide a new kind of relief.
READ MORE

Acupuncture for Sleep Disorders
Acupuncture may be the answer for a cheap and effective treatment of sleep disorders.
READ MORE 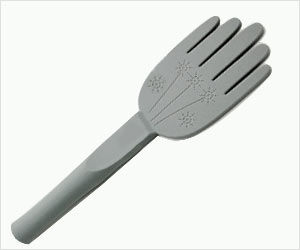 Bizarre Self-Healing Chinese Slapping Technique in a Wrangle!
Slap and stretch to promote healing and good health? This age old Chinese tradition of healing is now under the scanner following some untoward incidents.
READ MORE