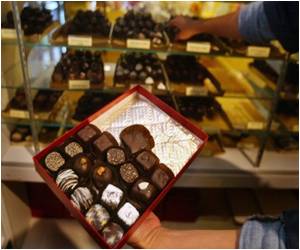 Sylvie Bellanger Guillaume barely gave a thought for the farmers who produced the commodities she bought and sold, when she was a trader.

A world away in her Paris office, the Frenchwoman spent her life scanning her computer screen for fluctuations in price and cutting deals on the phone.

Setting up her own company buying cocoa beans direct from farmers in 1994, however, quickly brought the realities of distant lives home to her.


"In Madagascar it was one of my first shocks because I saw people who were living on only one dollar a day," she told AFP at the just-ended Salon du Chocolat trade show in Paris.
Advertisement
"I became convinced that I had to do something with these people who needed help for their children to go to school and have medicines," she said.

Today the industry is increasingly aware of the issues surrounding fair trade and sustainable development.

Bellanger Guillaume works with cocoa bean farmers not just in Madagascar but also in the Dominican Republic, Mexico, Peru and Sao Tome and her firm Silco supplies a host of top companies.

Her business, however, has nothing to do with the profit maximisation principle of the financial world she left behind.

In fact, she makes no secret of the fact that she pays around double the price paid by some for her cocoa beans.

"It is very simple as far as I am concerned. I know the official price with the New York and London markets but for the most part I pay twice this price," she said.

No universal definition of fair trade exists but general principles include paying a premium price, advance finance, ensuring child labour is not used and a commitment to sustainable agriculture through land management.

To boost yields, some farmers move their crops out of shade into direct sunlight although in the long term this results in lower quality; wearing out of the soil can also lead them to seek fresh land by clearing forest.

Among Bellanger Guillaume's clients are leading chocolate makers Bonnat, Pralus, Chapon, Weiss and the Michelin-starred chef Alain Ducasse for whom she scours the world to find top quality cocoa beans that she says are farmed and purchased in line with fair trade principles.

She visits the farmers she works with in Africa, south America and Mexico at least once a year.

Support for sustainable development and ethical practices is partly motivated by industry concern over future supply.

The industry cannot thrive if farmers end up so poor that they abandon their land and head to the cities to earn money.

Bellanger Guillaume said advance payment and a fair price for cocoa beans was essential in order to ensure farmers could continue producing crops.

The first ensures they can afford to continue farming; the second that they can send their children to school and pay for medical care, she said.

"I have found places where I can buy good cocoa beans and I deal with the farmers in an ethical way," she said.

"I can go and see all these customers and say 'here I think this is something for you but you have to help me to pay these farmers in advance'," she said.

Without upfront payment, most of the farmers she works with would probably be forced to abandon farming and move to the cities to find other work.

"My approach is a mix of paying in advance, ethical practices and respecting the daily work of the farmers and then at the final stage you will have marvellous and fine chocolate," she said.

"They (my customers) don't demand the lowest price. They know the price they are paying and they know why," she added.

World to Officially Run Out of Chocolate on October 2, 2020, Warn Experts
Owing to the over-expanding global demand of cocoa beans, the world will officially run out of ......