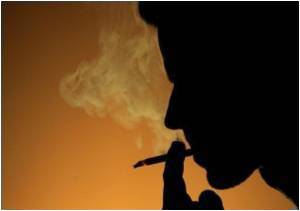 Nicotine levels in toenails can predict the risk of lung cancer, according to a recent study published in American Journal of Epidemiology.

The fact that toenails grow slowly, and the nicotine levels in toenail clippings are more stable than when compared to levels in saliva and urine make them a good indicator of the disease.

More than 30,000 men were asked for their toenail clippings and researchers compared the clippings of 210 men who developed lung cancer with those of men who did not get the cancer.


It did not matter whether some of them had quitted the habit, the presence of nicotine in toenails was a predictor of lung cancer. More alarmingly, more than 10 per cent of men with the highest nicotine levels had never smoked. Hence, it was not only active smoking as reported in earlier studies that posed the risk, but passive smoking was equally dangerous.

An ideal tumor marker for a cancer should be specific to that cancer and not generate false positive results.
Advertisement
As the recent study claims the earlier ones had not looked into the "true effects of tobacco smoke" in only considering instances of active smoking. Now, with this study, it is possible that nicotine levels could serve as a possible biomarker for exposure to tobacco through active  smoking habits or exposure to secondhand smoke.

Sanatogen Vent Forte (Theophylline) Pregnancy Confirmation Calculator The Essence of Yoga Daily Calorie Requirements Indian Medical Journals Find a Doctor Drug Interaction Checker Color Blindness Calculator Accident and Trauma Care
This site uses cookies to deliver our services.By using our site, you acknowledge that you have read and understand our Cookie Policy, Privacy Policy, and our Terms of Use  Ok, Got it. Close
×