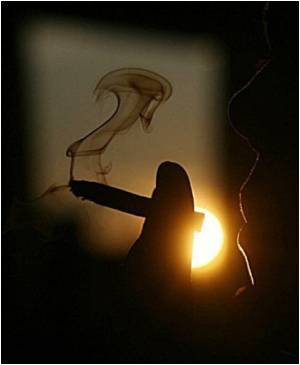 A plan to start selling cannabis cigarettes to people in bid to stamp out black market drugs trade was reportedly being made by the Uruguayan Government.

Smokers will be able to purchase up to 40g (1.4oz) per month, enough for 20 cannabis cigarettes.

According to the Daily Mail, the drug will be regulated by the state and sold at the market price, currently around 21.60 pounds.


Cannabis smokers will be given cards with a bar code allowing them to buy up to the legal limit per month, the report said.

According to the paper, the move comes as the government hopes to eliminate the black market in cannabis through the radical proposal.

Regular Use of Cannabis During Teens Linked to IQ Loss

Regular use of cannabis during teenage years may come with a long term problem.
Advertisement
President Jose Mujica had earlier announced plans to grow up to 150 hectares of cannabis for sale to users.

"We are losing the battle against drugs and crime in South America. Somebody has to be the first," he had said.

According to the paper, the Uruguayan government estimates there are around 18,500 people who use cannabis every day in the country.

Marijuana
News Archive
News Resource
Advertisement
News Category
How to Reduce Needle Anxiety in Children? Tobacco Addiction: Here's How to Break the Habit Parents are 'Winging It' on Their Kids' Mobile Use Ankle and Ankle Movements While Riding an Hoverboard Is It Healthy to Let Your Mind Wander?
More News
Sign up for Wellness Consult a Doctor Sign up for Selfcare