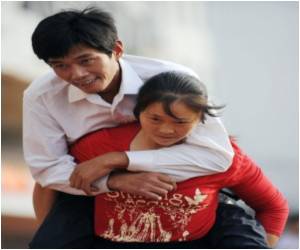 After a tiff between couples, it is the women who fret, get emotional and feel upset much more than men.

Women felt sad, moped around and experienced guilt after an argument with their partner, lover, or spouse, a study conducted among 142 people has revealed.

The study also showed that most of the fights were precipitated by men as they often came out with harsh words, strong emotions which caused hurt.


Researchers from the University of Granada said, "As society establishes certain rules on the composition of ­men-women relations, it also establishes some rules on how both are expected to act in certain conflictive ­situations."

Infidelity is no longer seen as a midlife crisis alone because younger people are beginning to cheat on their spouses
Advertisement
<< New 3-D Scanner IPhone App
US Meat, Poultry Contaminated With Drug-Resistant Bugs: Stu... >>

Dutch pair Helene Faasen and Anne-Marie Thus walked down the aisle into the history books 10 years ago as the world's first legally wed lesbian couple, a distinction they now employ in activism.

More and more couples are using internet to not only send out invites to their weddings but to also give out other details.
Advertisement
News A-Z
A B C D E F G H I J K L M N O P Q R S T U V W X Y Z
What's New on Medindia

Post-Nasal Drip Turmeric Powder - Health Benefits, Uses & Side Effects Drug Interaction Checker Drug - Food Interactions Color Blindness Calculator A-Z Drug Brands in India The Essence of Yoga Sanatogen Daily Calorie Requirements Drug Side Effects Calculator
This site uses cookies to deliver our services. By using our site, you acknowledge that you have read and understand our Cookie Policy, Privacy Policy, and our Terms of Use