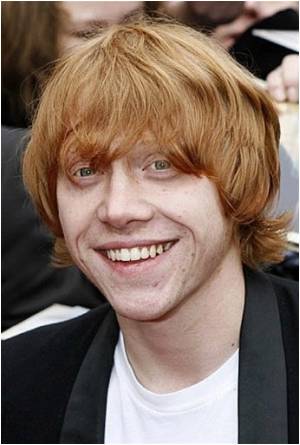 A diehard Harry Potter fan and biology student may have found the scientific explanation for how children of 'muggles' are born with magical abilities.

Andrea Klenotiz from the University of Delaware has sent JK Rowling a six-page thesis explaining how she thinks the "wizarding gene" works in the famous fictitious world.

Swine flu infected one of the main stars in the latest Harry Potter movie, a publicist said Saturday, as new deaths and fears of a carve-up on vaccine access underlined the gravity of the pandemic.
Advertisement

"Mrs Rowling, I read your statement that the wizarding gene is dominant. I have heard criticism that this does not explain muggle-borns, squibs, or the steady inheritance pattern of magical abilities; but I got your back," News.com.au quoted her as writing in the letter.


"Magical ability could be explained by a single autosomal dominant gene if it is caused by an expansion of trinucleotide repeats with non-Mendelian ratios of inheritance," she wrote.

A set of seven Harry Potter novels signed by J K Rowling that had been put into prison for sake keeping has sold for a whopping 18,200 pounds at a charity auction.
Advertisement
According to her theory, the first "pure blood" wizard might have been born of muggle parents "whose muggle inheritance would be forgotten by subsequent generations".

A more powerful wizard is likely to come from a longer bloodline than more newly formed wizard families.

On being asked about Hermoine she said because of the "random" nature of the mutations, genetic mutation could still explain why two muggles can give birth to a powerful wizard like Hermoine.

Her theory also explains why two wizards could have a child that has no magical abilities (depending on how many mutated genes were inherited).

This would explain Filch, the creepy groundskeeper with no magical abilities.

Daniel Radcliffe has been nicknamed as 'Harry Puffer' by his co-stars for puffing about 20 cigarettes a day.
Advertisement
<< The Key To Wildlife Conservation Lies In People's Relations...
Extreme Summers Caused by Global Warming >>