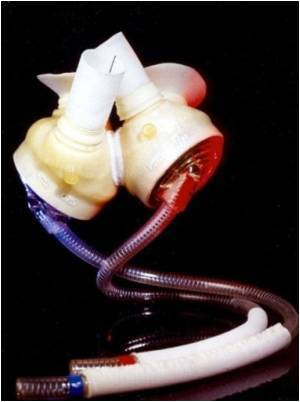 Jessica Bondar, a Canadian teenager, died on Wednesday, waiting for a heart transplant for two years, while her grieving mother campaigns for changes in the organ donation process.

A 19 year old from Winnipeg, Jessica became seriously ill two years ago, in 2009, a few months before she graduated from Winnipeg's St. James Collegiate. What was diagnosed as a bad flu took a serious turn when she developed serious cardiac problems, a stroke, pneumonia, and kidney failure. She was in desperate need of a heart transplant and it was a long waiting for her which ended tragically.

Her mother, Charlotte Roy, believes that if Canadians were expected to sign a card saying that they do not want to be an organ donor, rather than that they do, there could have been more chances of getting a donor to help Jessica. Under the present procedure, many potential donors are lost because of a lack of their signatures.


"If somebody had taken that extra second to sign their (organ donor) card, maybe she'd be here," said Roy.

This proposed procedure was not accepted by Dr. Brendan McCarthy with Transplant Manitoba as a better one.  He says that in Spain this system exists, but there is no evidence that the organ donation rate has increased. In fact, Manitoba did have the highest number of organ donors, but the waiting lists were long.

Families of potential donors need to be educated on respecting the signed assent on the organ donor card. Donor cards are readily available at Autopac dealers and could be downloaded from the internet.

Introduction: The heart is a fist-sized organ that pumps blood throughout the body. It is the primary organ of the human circulatory system that helps in circulation of blood throughout the body. The heart is a muscular organ powered by electrical impulses and is made up of four main chambers or sections. The brain and nervous system directs the heart's functioning . Take part
Advertisement