Teens' Reading and Maths Results Adversely Affected by Computer Use 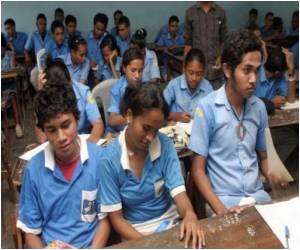 Giving teenagers access to computers can weaken their reading and maths results, a new study has suggested.

The Sunday Telegraph reported a survey of more than half a million children revealed that technology is counter-productive in improving student achievement, reports News.com.au.


It found that introducing children to computers from 10 years of age could have a harmful effect and was associated with "modest but statistically significant and persistent negative impacts on student maths and reading test scores."


"Students who gain access to a home computer between 5th and 8th grade tend to witness a persistent decline in reading and math test scores," said study co-author Jacob Vigdor.

"For school administrators interested in maximising achievement test scores, or reducing racial and socioeconomic disparities in test scores, all evidence suggests that a program of broadening home computer access would be counterproductive."

Vigdor claimed home computer access is damaging because students are easily distracted and end up using their time to socialise and play games.

However, researchers concluded that if parents monitored use and ensured that downtime was minimised, computers could be beneficial.

Federation of Parents and Citizens' Associations spokeswoman Sharryn Brownlee said she wasn't concerned with the findings as NSW boasted a strong primary curriculum.

"In the modern work environment, people from all trades and all walks of life have to have some basic technology skills," she said.

The US National Bureau of Economic Research published the findings.

Dyslexia and Lack of Musical Ability are Not Linked
There is no link between dyslexia and a lack of musical ability, Belgian scientists have said.
READ MORE

Dyslexia Causes Differences in Brain's Language Circuits
Kids children with dyslexia often struggle with reading, writing, and spelling despite getting an appropriate education and demonstrating intellectual ability in other areas.
READ MORE