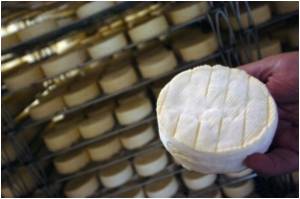 An 18-year old girl in Britain suffers from rare eating disorder that has made her eat just cheese and chips for the past eight years and cause panic attacks by the thought of eating other food items.

Abi Stroud revealed that she suffers from Selective Eating Disorder (SED) and her weekly diet consists of three blocks of mature cheddar, three bags of frozen chips and three bags of bread.

Abi revealed that she stopped eating all other food items since she was 10 years old and once started crying when her teacher tried to make her eat a chicken nugget.


"I'm living off chips and cheese and I hate it. I'm so embarrassed about it - I've never had a boyfriend because I'm worried about what he would think. I never go out for dinner with friends or eat with other people because so I'm worried about being expected to eat something else", she told the Daily Mail.

Just like a pedometer counts aerobic steps, the bite counter counts every bite taken. It rings an alarm on nearing the danger zone of overeating set by the person.
Advertisement
<< Milk Tanker Driver Died After Choking on Chewing Gum
Recession Triggers a Rise in Skin Disorders >>

Are you a Health Food Junkie? Are you obsessed with what you eat all the time? You may be a victim of a condition called Orthorexia Nervosa.
Advertisement
News A-Z
A B C D E F G H I J K L M N O P Q R S T U V W X Y Z
What's New on Medindia

Top Ten Herbs to Promote Beauty
News Archive
News Resource
News Category
Five Love Languages Every Couple Should Know Go for a Walk to Speed Up Your Brain Function 5 Types of Tea Women Should Drink Daily Bodychecking Experience Does Not Protect Teen Hockey Players from Injury Yoga: A Powerful Weapon to Fight COVID-19
More News
Sign up for Wellness Consult a Doctor Sign up for Selfcare