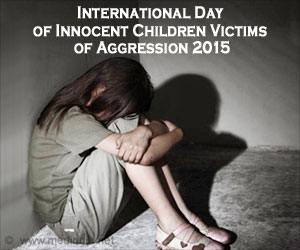 A new study from the Violence Prevention Initiative at The Children's Hospital of Philadelphia (CHOP) suggests that educators, particularly in urban schools, should teach elementary school-aged girls problem-solving skills and provide them leadership opportunities as a way to reduce their relational aggression.

Relational aggression includes using gossip and social exclusion to harm others, which is the most common form of aggression among girls. Published in the journal Psychology of Violence, the study was a randomized control trial with third- to fifth-grade urban African-American girls to evaluate the effectiveness of the Friend to Friend (F2F) aggression prevention program.

F2F is the first and only relational aggression intervention to demonstrate a decrease in relationally aggressive behaviors among urban minority girls that continued at least a year after the conclusion of the program. Specifically, it improved the girls' social problem-solving knowledge and decreased their levels of relational aggression.


"Including this type of positive skill development in urban school curricula is important because children attending inner-city, under-resourced schools are at high risk for emotional and behavioral problems," says psychologist Stephen Leff, PhD, the study's lead author, and co-director of the Violence Prevention Initiative (VPI). "There is evidence that having these skills and positive leadership opportunities increases the students' resilience and leads to better future social interactions. This positive approach is infused into the school-based prevention programs that are part of our Violence Prevention Initiative at CHOP."

Pope Francis called for collective action through the United Nations on Monday, to stop unjust aggression in Iraq, criticizing the US air strikes against Islamic militants there.
Advertisement
The study team developed and refined the program through more than a decade of committed research at CHOP, in partnership with key community stakeholders. "This partnership approach was used to develop F2F curricula, as well as the innovative teaching modalities utilized in the program, such as cartoons, videos, and role-plays," says Brooke Paskewich, PsyD, a psychologist and VPI program manager. "Involving students, teachers, and parents in the design of the program helped to ensure its cultural sensitivity, developmental appropriateness, and engagement of urban minority youth."

F2F is a 20 session pull-out small group program that is conducted for 40 minutes over the lunch-recess period. It teaches social problem-solving strategies and provides opportunities for the girls to co-lead classroom sessions of F2F for their peers. A pilot study published in 2009 established the promise of F2F in decreasing relational aggression among elementary school-aged girls in two urban elementary schools.

The current study involved 144 relationally aggressive girls from 44 different classrooms across six elementary schools in the School District of Philadelphia. The researchers used peer report measures to determine eligibility for the intervention. Participants were randomly assigned to either F2F or to a control group that used a homework and study-skills development program.

"Teachers were vital implementation partners for us, particularly in reinforcing newly learned pro-social skills and strategies outside of the structured sessions," says Leff. "Having their buy-in and support was essential."

The study group found significant improvements on self-report and teacher-report measures completed before and after implementing the program. In a one year follow-up, the participants' new teachers completed the same measures about the students' social behaviors as their previous teachers the year before. Notably, the new teachers were unaware of the girls' aggressive and intervention status, a fact that helped to strengthen the validity of the findings.

"This study demonstrates not only the effect of a specific aggression prevention program, but also the promise of curricula that emphasize social problem-solving and leadership skills to reduce relational aggression in urban schools," says Leff.

No single risk factor consistently lead a person to act aggressively, it was the accumulation of risk factors that tends to lead to aggressive or violent behavior.
Advertisement
<< Adding Seaweed in Food can Lower Cardiovascular Diseases
Cell Phone-Based Alerts for Pregnant Women Launched >>

A-Z Drug Brands in India The Essence of Yoga Daily Calorie Requirements Blood Pressure Calculator Calculate Ideal Weight for Infants Turmeric Powder - Health Benefits, Uses & Side Effects Sanatogen Find a Doctor How to Reduce School Bag Weight - Simple Tips Drug Interaction Checker
This site uses cookies to deliver our services. By using our site, you acknowledge that you have read and understand our Cookie Policy, Privacy Policy, and our Terms of Use