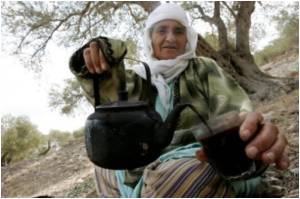 Tea has always been credited with different health benefits, but in a recent research Dutch study, it has been found that the natural ingredients improve brain power and alertness.

The study, reported in 'Nutritional Neurosciences', involved 44 young volunteers and researchers studied the effect of the chemicals in tea on their mental performance. Compared to a placebo that was used in the study, the chemicals, an amino acid called L-theanine and caffeine heightened the accuracy and the alertness of the volunteers and helped them to focus attention on challenging work. Tea also brought down the fatigue level, discovered researchers.

Tea drinking has already been linked with lowering the risk of heart disease, cancer and Parkinson's. Drinking tea on a regular basis for ten or more years may help improve bone density too.


Dr Tim Bond, of the Tea Advisory Panel, commenting on an earlier study that established the benefits of tea said, "As a result, all this new data adds to the growing science that drinking tea, preferably four cups of tea a day, is good for our health and well being."

Drug Side Effects Calculator The Essence of Yoga Vent Forte (Theophylline) Diaphragmatic Hernia Sinopril (2mg) (Lacidipine) A-Z Drug Brands in India Selfie Addiction Calculator Hearing Loss Calculator Find a Hospital Nutam (400mg) (Piracetam)
This site uses cookies to deliver our services.By using our site, you acknowledge that you have read and understand our Cookie Policy, Privacy Policy, and our Terms of Use  Ok, Got it. Close
×