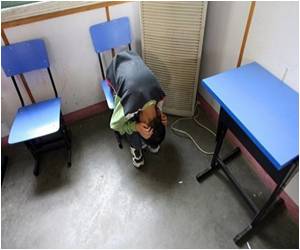 Synaesthesia involves people experiencing a 'mixing of the senses', for example, seeing colours when they hear sounds, or reporting that musical notes evoke different tastes. Autism is diagnosed when a person struggles with social relationships and communication, and shows unusually narrow interests and resistance to change. The team of scientists from Cambridge University found that whereas synaesthesia only occurred in 7.2% of typical individuals, it occurred in 18.9% of people with autism.

On the face of it, this is an unlikely result, as autism and synaesthesia seem as if they should not share anything. But at the level of the brain, synaesthesia involves atypical connections between brain areas that are not usually wired together (so that a sensation in one channel automatically triggers a perception in another). Autism has also been postulated to involve over-connectivity of neurons (so that the person over-focuses on small details but struggles to keep track of the big picture).


The scientists tested - and confirmed - the prediction that if both autism and synaesthesia involve neural over-connectivity, then synaesthesia might be disproportionately common in autism.
Advertisement
The team, led by Professor Simon Baron-Cohen at the Autism Research Centre at Cambridge University, tested 164 adults with an autism spectrum condition and 97 adults without autism. All volunteers were screened for synaesthesia. Among the 31 people with autism who also had synaesthesia, the most common forms of the latter were 'grapheme-colour' (18 of them reported black and white letters being seen as coloured) and 'sound-colour' (21 of them reported a sound triggering a visual experience of colour). Another 18 of them reported either tastes, pains, or smells triggering a visual experience of colour.

Professor Baron-Cohen said: "I have studied both autism and synaesthesia for over 25 years and I had assumed that one had nothing to do with the other. These findings will re-focus research to examine common factors that drive brain development in these traditionally very separate conditions. An example is the mechanism 'apoptosis,' the natural pruning that occurs in early development, where we are programmed to lose many of our infant neural connections. In both autism and synaesthesia apoptosis may not occur at the same rate, so that these connections are retained beyond infancy."

Professor Simon Fisher, a member of the team, and Director of the Language and Genetics Department at Nijmegen's Max Planck Institute, added: "Genes play a substantial role in autism and scientists have begun to pinpoint some of the individual genes involved. Synaesthesia is also thought to be strongly genetic, but the specific genes underlying this are still unknown. This new research gives us an exciting new lead, encouraging us to search for genes which are shared between these two conditions, and which might play a role in how the brain forms or loses neural connections."

Donielle Johnson, who carried out the study as part of her Master's degree in Cambridge, said: "People with autism report high levels of sensory hyper-sensitivity. This new study goes one step further in identifying synaesthesia as a sensory issue that has been overlooked in this population. This has major implications for educators and clinicians designing autism-friendly learning environments."

Source: Eurekalert
Advertisement
<< Lasting Lessons in Healthy Eating and Exercise for Preschool...
Casual Employment is Linked to Women Having First Child at ... >>

Oz Scientists Convert Severe Pain into 'The Colour Blue'
Oz scientists have found the presence of a gene that plays an important part in the brain's ......