Sweden Warns Parents Not to Share Bed With Babies 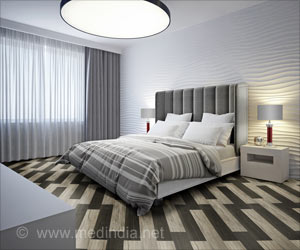 Sweden has issued advice for parents not to share a bed with new-born babies as it leads to an increased risk of cot death. Sweden is one of the countries where bed-sharing between parents and infants is most widespread.

"It's important that children under three months sleep in their own beds," Kerstin Nordstrand at the National Board of Health and Welfare told AFP.

She said the recommendation was "new", since the institution had previously only advised against new-borns sleeping in the same room as a smoker or in the same bed with a parent under the influence of drugs or alcohol.


The information was first published by Swedish medical newspaper Dagens Medicin, which cited a paediatrics professor at Gothenburg University.

"It has been clear in the research in recent years that co-sleeping is a risk factor in Sudden Infant Death Syndrome," professor Goeran Wennergren told the paper.
Advertisement
The practice is reportedly widespread in Sweden.

A 2001 study published in the paediatric journal Early Human Development showed that 65 percent of three-month-old Swedish babies slept with their parents, the highest rate in the Western world.

A report published by the British Medical Journal which analysed nearly 1,500 sudden infant deaths revealed that 22 percent took place while the baby slept in the parental bed.

According to professor of medical statistics, Bob Carpenter, who was responsible for the study, the risk of cot death for babies sleeping with their parents was multiplied by five compared to those who slept alone.

Other countries including France and the United States recommend sleeping in the same room as the new-born, but not in the same bed.