Sweden to Send Many Expecting Mothers to Neighbouring Countries to Deliver 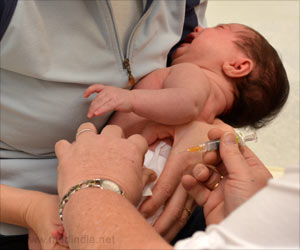 Sweden, which like its Nordic peers has suffered from insufficient fertility rates for decades, was grappling to tackle with the sudden baby boom following the country's "open doors" policy.

An unexpected migrant-propelled baby boom in Sweden has forced the "ill-prepared" Nordic nation to send many expecting mothers to neighbouring countries to deliver, media report said on Tuesday.

Low Risk of Hip Fracture Among Farmers in Sweden

For male farmers, the risk of hip fracture was 14% lower compared to other occupations and the risk rose with age, low income, education and location.
Advertisement
‘Swedish Health Minister Gabriel Wikström criticised local city councils in charge of health care for their failure to care for premature babies properly, calling it "unacceptable".’

Due to the "unforeseen lack of facilities", expectant mothers were being sent to neighbouring Finland to deliver their babies.


According to the Swedish daily Dagens Nyheter, Sweden, which takes pride in its state-funded medical care system and Europe's longest maternity leaves, has recently witnessed a nationwide shortage of facilities to care for prematurely born babies.

Scientists at the Karolinska Institute have started a clinical trial on degarelix to test its potential in controlling urge to sexually abuse children.
Advertisement
In December alone, the country sent three families to the city of Turku in southwest Finland to give birth, due to the lack of services.

At present, only six university hospitals in Sweden possess the necessary facilities, and they are already under pressure with the rising number of mothers.

One of the mothers told the Swedish daily, Dagens Nyheter, that the decision to send her to Finland had indeed added to her level of stress.

Additionally, she encountered language problems, because ambulance staff in Finland only spoke Finnish and English, despite a state requirement for public servants to speak Swedish, one of Finland's two official languages.

Pediatrician Erik Normann of Uppsala Academic Hospital ascribed the lack of facilities to the rising birth rate and elevated medical standards, implying that a higher proportion of babies born before term tend to survive nowadays.

Additionally, he pointed out that there is a shortage of nurses capable of tending to premature infants. At the same time, he said that it was rather unfortunate that the state has to ferry expectant mothers around.

According to Normann, there was risk of more foreign births in the future.

"Of course, there is a risk. The birth rate will increase after 2020, and all major cities' university clinics are understaffed," Erik Normann said.

According to neonatal specialist Liisa Lehtonen of Turku University Hospital in Finland, her institution was happy to offer assistance, although she admitted that it had been a long time since expectant mothers were sent to Finland.

"Expectant parents should not be sent abroad to give birth," Wikström told Dagens Nyheter, stating that his own daughter was born six weeks before term.

The Court ruled against a father seeking to renounce the paternity of twins born through in-vitro fertilization because he had only agreed to having one child.
Advertisement
<< New diagnostic app Developed for Early Detection of Human E...
67-Years-Old Woman Becomes World's Oldest Surrogate Mother >>