Surrogate Mother Conceives With Her Own Baby Also: Two in One Pregnancy 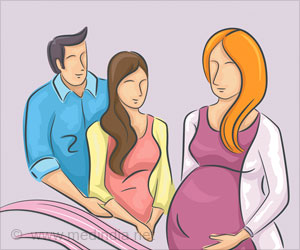 Jessica Allen became pregnant while she was already pregnant. As strange as it sounds, it is scientifically possible.

Superfetation is the occurrence of a second conception during pregnancy, giving rise to embryos of different ages in the uterus.

Advertisement
‘Superfetation, a rare condition, is the occurrence of a second conception during pregnancy, giving rise to embryos of different ages in the uterus.’

It is a condition very rarely seen in humans, only 10 or so cases of this kind have been reported in the medical literature so far.


Jessica signed up with an agency to become a surrogate mother and became pregnant through IVF in April 2016. After six weeks into her pregnancy, her scans showed another baby residing in her womb.
Advertisement
During the pregnancy, none of the medical staff provided by the agency said that the babies were in separate sacs. "As far as we were concerned, the transferred embryo had split in two and the twins were identical," she said.

The Twins Were Not Identical

Jessica gave birth in December 2016 and according to her contract, didn't get to meet or see the babies after the delivery. But, she was shown a photograph of the babies captured by a cell phone which showed that the 'twins' didn't look alike.

"One was lighter than the other," Allen told The Washington Post. "Their faces were not identical."

"I did notice that one was much lighter than the other. You know, obviously, they were not identical twins," Allen revealed.

On January 10, nearly a month after the babies were born, Allen said she received another picture of the twins from the intended mother who was concerned about their different appearances.

One For You And The Other is Mine

Allen and Jasper got their child named Malachi almost after the baby turned three-months-old. The couple had to fight a legal battle with the agency which had arranged this surrogacy. The agency was claiming fees for giving their baby to them.

"The [reunion] was incredibly emotional, and I started hugging and kissing my boy," Allen wrote in a column for New York Post. "[We] weren't planning to expand our family so soon, but we treasure Malachi with all our hearts."

Egg Donation
The term 'Egg Donation' is commonly used to refer to the contribution of her eggs by a woman to ......

Regulation of Surrogacy - Need of the Hour in India
Commercial surrogacy has been legal in India since 2002. The Surrogacy Bill 2016 draft aims to ......

Rent My Womb  Surrogate Mother Talks
A first time surrogate mother shares her experience on what it means to her to offer childless ......