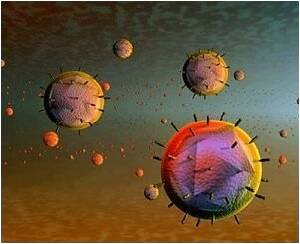 Antiviral treatment reduces the incidence of hepatocellular carcinoma (HCC) in patients with chronic hepatitis B (CHB), previous studies have shown.

But now, researchers from the Division of Gastroenterology and Hepatology at Thomas Jefferson University are reporting that the antiviral therapy also prevents recurrence of HCC and extends patients' lives.

Hepatitis B is inflammation of the liver due to infection with the hepatitis B virus.
Advertisement

The standard of care for patients with HCC is local ablation of the tumor, unless it is large or has metastasized. However, HCC tumors often recur, or new lesions develop. In the International Journal of Cancer, Hie-Won Hann, M.D., professor of Medicine at Jefferson Medical College of Thomas Jefferson University, and colleagues reported that the median survival in patients who received antiviral therapy after HCC diagnosis was 60 months in patients. In those who did not receive antiviral therapy, the median survival was 12.5 months.


"Before the antiviral drugs were developed, patients would often develop new lesions within a few months of tumor ablation because we were not treating the underlying virus that is causing the liver cancer," Dr. Hann said. "The virus drives the cancer, and by suppressing the virus and making it undetectable we can extend the survival for these patients."

Hepatitis A is the most benign of the hepatitis viruses and usually has no long term side effects. Hepatitis A vaccine is available that is 95% effective in preventing the disease.
Advertisement
The small study included 15 CHB patients who received local ablation of a single HCC tumor that was less than four cm. The first six patients were diagnosed between 1991 and 1997, prior to the development of antiviral therapy. These patients were considered historical controls.

The other nine patients were diagnosed between 2000 and 2004. These patients began ongoing antiviral therapy with lamivudine immediately after HCC diagnosis. Other antiviral medications, such as tenofovir and adefovir were added to the regimen if resistance to lamivudine developed, or even without drug resistance.

All patients who received the antiviral therapy maintained undetectable hepatitis B virus in serum and continued the therapy. Seven of the nine patients have not developed a new HCC or recurrence. The longest survivors are the two patients who came with HCC in 2000. They are doing well, free of caner for more than 10 years. All patients continue with the antiviral therapy and are followed at three to four month intervals.

"The other option for these patients is liver transplantation, which carries its own risks," said Robert Coben, M.D., associate professor of Medicine at Jefferson Medical College of Thomas Jefferson University, who was involved in the study. "This is an attractive alternative for this patient population."