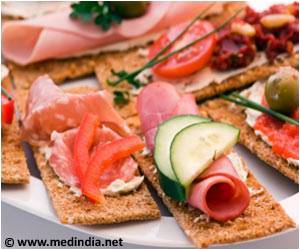 A new study led by researchers at University of California, San Diego School of Medicine could lead to development of new therapies for treating atherosclerosis after researchers found that a precursor to cholesterol in the body actually suppresses inflammatory response genes which react with the cholesterol and leads to the condition.

The findings are published in the September 28, 2012 issue of Cell.

Lurking within our arterial walls are immune system cells called macrophages (Greek for "big eater") whose essential function is to consume other cells or matter identified as foreign or dangerous. "When they do that, it means they consume the other cell''s store of cholesterol," said Christopher Glass, MD, PhD, a professor in the Departments of Medicine and Cellular and Molecular Medicine and senior author of the Cell study. "As a result, they''ve developed very effective ways to metabolize the excess cholesterol and get rid of it."


But some macrophages fail to properly dispose of the excess cholesterol, allowing it to instead accumulate inside them as foamy lipid (fat) droplets, which gives the cells their particular name: macrophage foam cells.

Glass and colleagues wanted to know exactly how cholesterol accumulation led to inflammation, and why the macrophages failed to do their job. Using specialized mouse models that produced abundant macrophage foam cells, they made two unexpected discoveries that upend previous assumptions about how lesions form and how atherosclerosis might be more effectively treated.

"The first is that foam cell formation suppressed activation of genes that promote inflammation. That''s exactly the opposite of what we thought happened," said Glass. "Second, we identified a molecule that helps normal macrophages manage cholesterol balance. When it''s in abundance, it turns on cellular pathways to get rid of cholesterol and turns off pathways for producing more cholesterol."

That molecule is desmosterol - the final precursor in the production of cholesterol, which cells make and use as a structural component of their membranes. In atherosclerotic lesions, Glass said the normal function of desmosterol appears to be "crippled."

"That''s the next thing to study; why that happens," Glass said, hypothesizing that the cause may be linked to overwhelming, pro-inflammatory signals coming from proteins called Toll-like receptors on macrophages and other cells that, like macrophages, are critical elements of the immune system.

The identification of desmosterol''s ability to reduce macrophage cholesterol presents researchers and drug developers with a potential new target for reducing the risk of atherosclerosis.

Glass noted that a synthetic molecule similar to desmosterol already exists, offering an immediate test-case for new studies. In addition, scientists in the 1950s developed a drug called triparanol that inhibited cholesterol production, effectively boosting desmosterol levels. The drug was sold as a heart disease medication, but later discovered to cause severe side effects, including blindness from an unusual form of cataracts. It was pulled from the market and abandoned.

"We''ve learned a lot in 50 years," said Glass. "Maybe there''s a way now to create a new drug that mimics the cholesterol inhibition without the side effects."