Researchers have been trying for a long time to properly analyze the symptoms of gallbladder disease so that diagnosis is made easy.

Primary sclerosing cholangitis (PSC) is an idiopathic chronic cholestatic inflammatory liver disease characterized by diffuse fibrosing inflammation of intra- and/or extrahepatic bile ducts, resulting in bile duct obliteration, biliary cirrhosis, and eventually hepatic failure. One of the most common symptoms at the time of presentation of PSC is mild to severe abdominal pain localized in the right upper quadrant. However, the mechanisms responsible for the abdominal pain in PSC are not fully understood.

A research team led by Karouk Said from Karolinska University Hospital addressed this question. Their study will be published on July 28, 2009 in the World Journal of Gastroenterology.


In this study, 20 patients with PSC and 10 healthy subjects were investigated. Gallbladder fasting volume, ejection fraction and residual volume after ingestion of a test meal were compared in patients with PSC and healthy controls using magnetic resonance imaging. Symptoms, thickness and contrast enhancement of the gallbladder wall and the presence of cystic duct strictures were also assessed.

Moderate Amount of Alcohol Reduces Risk of Gallstones
A study by researchers at the University of East Anglia in the UK has found that consuming a moderate amount of alcohol may reduce the risk of gallstones.
READ MORE 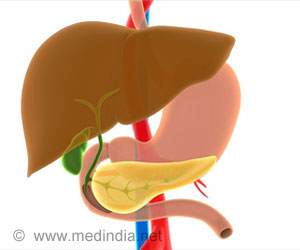 Cholestatic Jaundice
Cholestatic jaundice occurs when the flow of bile (chole) between the liver and small intestine is impaired (stasis) due to various conditions.
READ MORE