Study Says IV Drips can be Left in Place 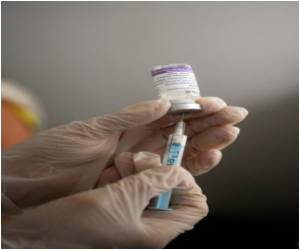 It has emerged that small intravenous devices (IVDs) commonly used in the hand or arm do not need to be moved routinely every 3 days.

A randomized controlled trial comparing regular relocation with relocation on clinical indication, published in the open access journal BMC Medicine, found that rates of complications were the same for both regimens.

Claire Rickard, from Griffith University, Australia, worked with a team of researchers to carry out the study with 362 patients at Launceston General Hospital, Tasmania. She said, "Recommended timelines for routine resite have been extended over the past three decades from 24 to 72 hours. Currently, 72- to 96-hour resite is recommended. Even with these extended durations, such policies still cause increased workload in hospitals, where the task of removing and replacing well-functioning IVDs generally falls to busy nursing and junior medical staff. Our results indicate that the average duration of IV therapy is 5-6 days and that many catheters can remain complication-free for this period, or even longer".


The researchers found that complication rates between the groups were not significantly different. The policy of resite on clinical indication led to one in two patients needing only a single cannula to receive treatment, whereas a 3-day change policy resulted in one in five patients having this scenario, with the rest requiring multiple cannulations and therefore additional pain and inconvenience. According to Rickard, "The routine resite of peripheral IVDs increases patient discomfort and healthcare costs, but does not reduce IVD complications as has traditionally been thought".

Burn injuries have reached epidemic proportions in recent years. Burn accident statistics show that at least 50% of all burn accidents can be prevented.
Advertisement
<< New Neurological Deficit Behind Lazy Eye Identified by NYU ...
Beauty in Napkins at Dazzling Vienna Exhibit >>

Head injury or traumatic brain injury is a leading cause of disability among children and young adults that leads to varying degrees of physical and mental stability. Fortunately, it is also one of the preventable brain disorder.
Advertisement
News A-Z
A B C D E F G H I J K L M N O P Q R S T U V W X Y Z
What's New on Medindia