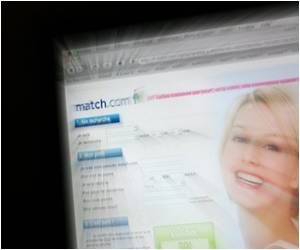 A new survey has found that growing number of Germans are finding marriage partners through the internet.

The survey, which was conducted by dating agency Singleboersen-Vergleich.de, found that a sixth of all marriages in Germany this year were arranged online.

According to news24, Henning Wiechers, who conducted the survey, said that the figures may not show the true extent of how many relationships begin online.


He said that many couples want to maintain the image of romantic love and don't tell the registrars they only got to know each other through the marriage mart, the report added.

Online Dating Catching on in America
A new survey has revealed that Americans are growing more comfortable with online dating, and many ....

Online Dating Service Encouraging Cheating Attracts More Than One Million Brazilians
More than 1 million Brazilians have signed up for an online dating service in less than 15 ......

Behaviour During Online Dating and Face-to-face Meetings Found to be Similar
People dating online behave similarly to those who meet face-to-face, researchers have found. ...