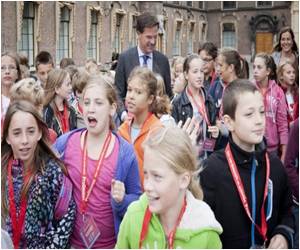 A team of Greek and U.S. researchers have vividly chronicled the harmful public health impacts of the economic austerity measures imposed on Greece's population in the wake of the global economic crisis.

Writing in today's [Thursday, April 18] American Journal of Public Health, the researchers cite data showing the economic recession and subsequent austerity policies in Greece have led to a sharp deterioration of health services and health outcomes.

Researchers at the Aristotle University of Thessaloniki in Greece and the University of New Mexico in the United States studied current data on economic and social conditions, utilization of health services, and health outcomes.


They found that key public health indicators declined in tandem with the recession and austerity policies that reduced public services.

For example, between 2007 and 2009, suicide and homicide mortality rates among men increased by 22.7 percent and 27.6 percent, respectively. Mental disorders, substance abuse, and infectious diseases showed worsening trends.
Advertisement
Despite deteriorating health conditions, cutbacks occurred in government financing of public services, as the Ministry of Health's total expenditures fell by 23.7 percent between 2009 and 2011.

Meanwhile, due to unemployment and loss of personal income, patients decreased their use of private medical facilities, and utilization of already-stressed public inpatient and primary care services rose by 6.2 percent and 21.9 percent, respectively, over a two-year period.

Dr. Elias Kondilis, lead author of the study and a researcher at Aristotle University, commented from London, "We were expecting that these austerity policies would negatively affect health services and health outcomes, but the results were much worse than we imagined."

Based on their findings, the authors criticize austerity policies that are likely to cause deteriorating health conditions in other European countries and in the United States.

The U.S.-based researcher on the team, Dr. Howard Waitzkin, distinguished professor emeritus of sociology and medicine at the University of New Mexico, said: "The policies of cutbacks currently proposed in the United States for Medicare and Social Security will lead to similar devastating effects on health services and outcomes. Instead of austerity policies, we need increased public sector spending to stimulate our failing economy and to protect the health of our people."

In contrast to the Greek experience, the authors point to several Latin American countries that have resisted demands to reduce public investments in health services. Such policies, they argue, have led to improved economic and health indicators.